Police have named the woman who died in flood waters north of Hokitika after getting out of her car and trying to cross surface flooding on foot. 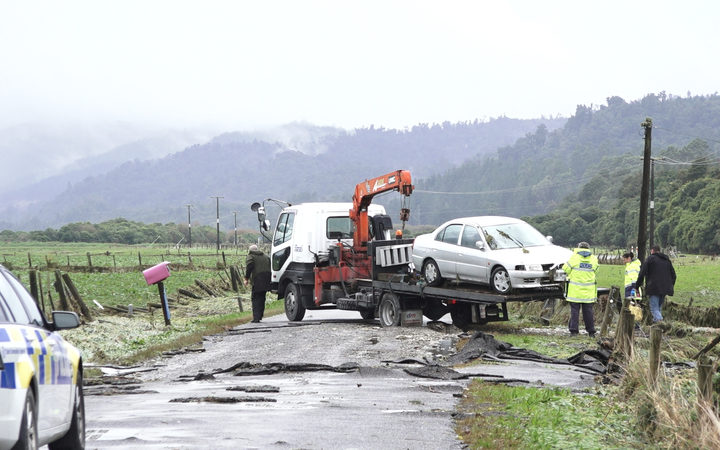 The car of a woman who died in flood waters north of Hokitika is removed. Photo: RNZ / Logan Church

The body of Gloria Reardon-Hirst, 66, was pulled from flood waters in Arahura Valley about 9.19am.

Acting area commander Senior Sergeant Peter Payne said it appeared Ms Reardon-Hirst got out of the vehicle she was driving and tried to cross the flood waters on foot.

The Arahura Valley resident was then swept away in the strong-flowing current of surface flooding on Arahura Valley Road, he said. Police are investigating and her death has been referred to the coroner.

There is debris tangled in kilometres of fenceline up Arahura Valley Road. The force of the water flowing through the valley last night has flattened long grass.

The part of the road where Ms Reardon-Hirst was swept to her death has had the tar seal completely lifted off it.

A state of emergency remains in force in Westland after record rains caused evacuations and road closures and washed away the Waiho Bridge.

Westland civil defence controller Simon Bastion said it had been a "horrendous" and "scary" 24 hours on the West Coast. 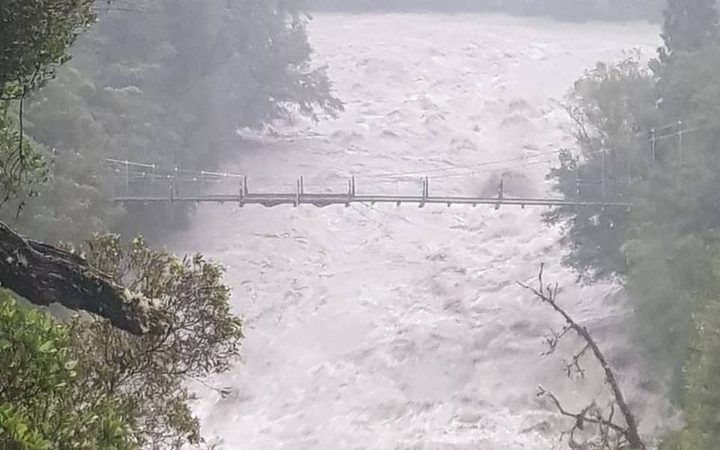 Find out what you need to know on the West Coast floods.

A 48-hour rainfall record was set at the Hokitika catchment of the Cropp River which had 1086mm, or more than a metre, of rain. That beat the previous two-day record, set in December 1995, by about 40mm.

The rain is tracking north today away from the West Coast but low-lying properties in Hokitika were surrounded by water today.

The water didn't quite make it in to Samuel McArthur's house, but was just below the floorboards.

He said the water rose quickly last night - about a foot in the space of about four hours.

"It was a bit of a shock when you look out there at 10pm and go 'oh shit, better move the cars out'."

Inside the house, Mr McArthur said they moved what they could up higher and packed a bag in case they needed to leave.

He said the woman next door had warned them that flooding like this had happened before.

"Thanks to her we ended up getting up there, otherwise our cars would be flooded by now."

After all the drama, Mr McArthur said he was feeling okay.

"Just another day on the West Coast, it'll die down eventually."

Mr McArthur said he'll start cleaning up later on today, depending on when the water recedes. 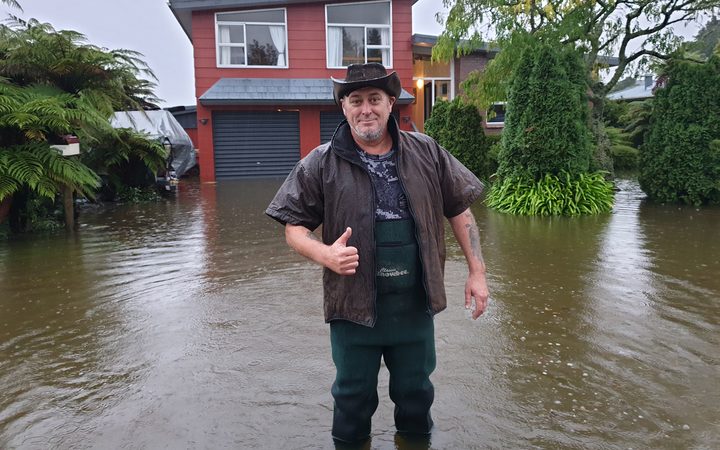 Hokitika resident Jim Cowan has damage to some carpet and wall linings in his garage and his man cave. Photo: RNZ / Conan Young

Hokitika man Jim Cowan and his wife have had the downstairs part of the house inundated with water for the fourth time. They spent all day yesterday moving items upstairs to keep dry but had to abandon the washing machine and dryer. 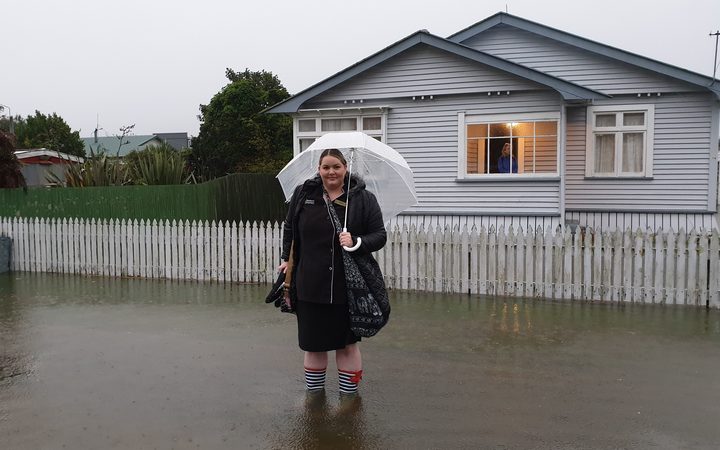 In Hokitika, Livingstone Street resident Monique Daly has had water through garage where power tools and mattresses are stored. Photo: RNZ / Conan Young

The Hokitika and Haast rivers came close to breaching but waters receded from high tide. Some Hokitika residents had been on standby to evacuate, but were able to stay in their homes. 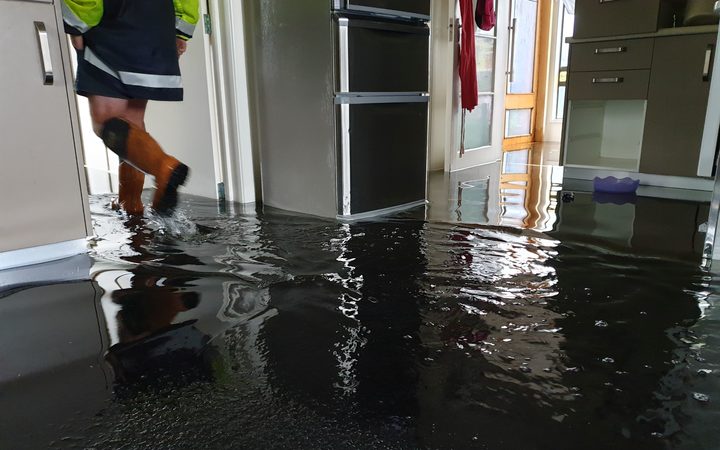 A Hokitika resident's house has been flooded out. Photo: RNZ / Conan Young

State Highway 6 between Hokitika and Makarora has reopened but the section from Franz Josef to Fox Glacier is closed at the Waiho River. The Transport Agency said it hopes to have the Waiho Bridge rebuilt within 10 days. State Highway 73 over Arthur's Pass is still closed.

The Waiho Bridge was taken out by the raging floodwaters. Photo: Civil Defence West Coast

The Waiho Bridge bridge connects south Westland to the rest of the West Coast and is a vital link for the tourist centres of Franz Josef and Fox Glacier. Transport Agency senior network manager for the region Colin Hey told Morning Report it was a "kitset bridge that we can erect quickly".

Power disruptions at Haast and inland from Hokitika are ongoing. Transpower is aware of these and are working to restore power as soon as possible, Civil Defence said.

New Zealand Transport Agency (NZTA) said roads on the West Coast have coped well with the biggest flood the areas has seen in decades.

Up to 800 millimetres of rain fell on some parts of Westland, taking out the Waiho River bridge yesterday afternoon.

NZTA systems manager Pete Connors said it was the biggest flood in the region since 1982.

Mr Connors said multiple bridges and bridge approaches were washed out during the flooding but the network was managing to recover quite quickly.

Mr Connors said the washed out Waiho River bridge would cost about $1 million to be replaced in the next seven-to-ten days.