The tourist town of Franz Josef is facing mass cancellations for weeks ahead as a result of the storm damage to the Waiho Bridge. 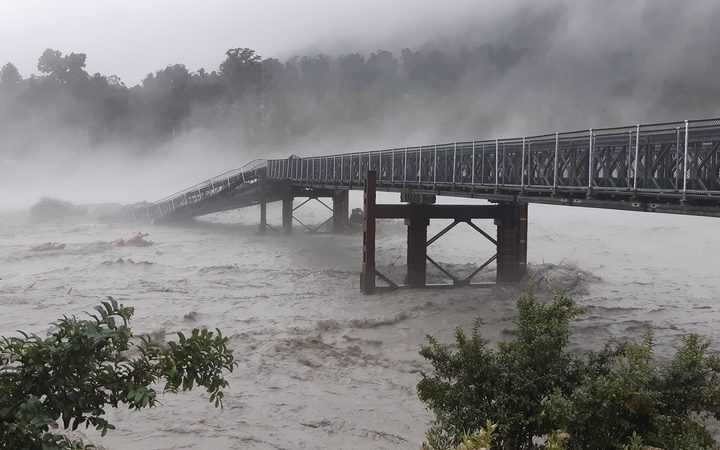 The Transport Agency expects to have a replacement for the Waiho Bridge in the next week or so. Photo: Civil Defence West Coast

The bridge was swept away on Tuesday following heavy rain, cutting access between the tourist spots of Fox Glacier and Franz Josef. 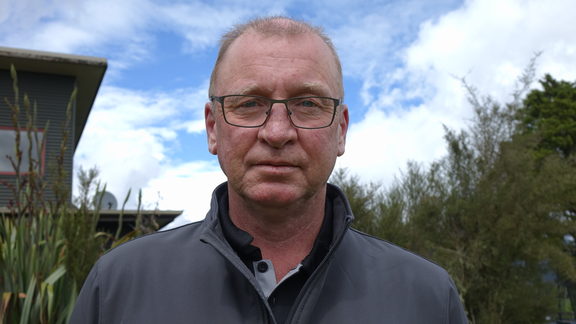 Franz Josef business association chair Craig Rankin said many tourists drive along the coast and on to Wanaka, and without that access they were choosing to avoid the area.

"There's been mass cancellations, which is unfortunate. Losing the bridge link always has a huge impact on us. We've got a beautiful day today and no one here."

Mr Rankin said at his motels he had had cancellations of bookings right up until the end of April.

The Transport Agency said the replacement bridge should be operating by the end of next week at a cost of about $1 million.

However, Mr Rankin said many tourists may not realise how quickly the bridge was intended to be replaced.

Glacier Country Tourism Group chair Ashley Cassin said the glaciers were often a touring destination as people headed down the coast, but there were now effectively two cul-de-sacs, and they had a significant drop in visitors.

He said some of the tour buses have said they won't operate the route again until the bridge is re-built, but he urged independent tourists to make the effort to visit them.