Police officers in the country will continue to carry firearms following the Christchurch mosque attacks, but the police commissioner can assure it "won't go on forever".

While the national threat level remains high, the commissioner has directed staff to have access to firearms until the risk to the community is reduced.

Unable to say how long they will remain armed for, police in a statement yesterday said: "In the coming weeks we will be highly visible in all districts across the country. As people return to their routines - to their schools, work, and to their places of worship and recreation, we will be with them. If you notice more of us around - don't be alarmed, it is for the community's safety."

Police Commissioner Mike Bush told Morning Report the country was at a threat level of high.

"The threat is based, generally, on the fact that in the weeks following an event, like the horrific event we have had, that we need to be in higher a state of vigilance ... because overseas incidents tell us that that's the most vulnerable time," he said.

"I can assure the public that we are not exploring specific threats.

"While we're in that national high threat level, all frontline staff will be armed. We'll look at reassessing that if and when the threat level changes." 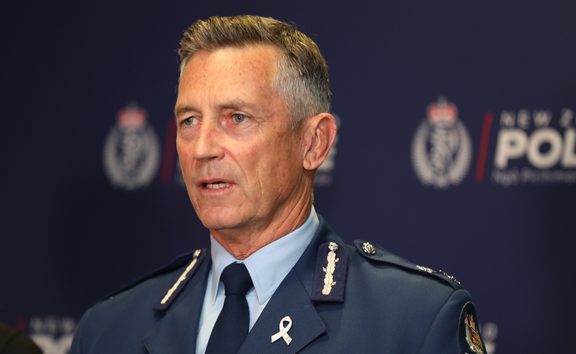 However, he said this "won't go on forever".

"I can also reassure you that we will go back to our normal practice and normal stance, we will return to the position of being a routinely unarmed police service."

He did reiterate that police were well equipped and did have all tactical options at their immediate disposal.

While there is no information to suggest any specific risk to public safety, all frontline police officers have been told to carry guns while on duty. The public is also urged to remain vigilant and report any suspicious or concerning behaviour to 111.

In the wake of the Christchurch terrorist attacks, Wellington's Cuba Dupa festival is moving off the streets.

The festival is going ahead this Friday and Saturday, but the organisers have decided to move it to indoor venues.

"With the high level of risk at the moment, the assessment that we did and the recommendation that we had, we're unable to make the site the kind of a sterile environment that would guarantee the safety of everybody that was there," he said.

"So, we made the decision that we were better off being in a situation where we had more control of the security."