Frontline Canterbury police are to remain armed until a wanted man is located and have now released his details. 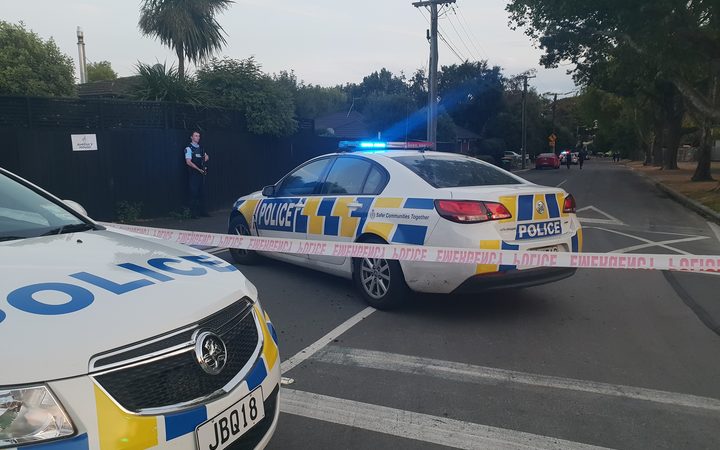 Mr Price announced yesterday that all front-line police staff will be carrying firearms until further notice.

It followed two related shooting incidents - in the suburbs of Wainoni on Saturday and Richmond on Tuesday night - in which officers were shot at.

One person has been taken into custody after being shot by officers during a shoot-out, but police are still seeking a second man in relation to the Wainoni incident.

Police have now released his name and photo in a bid to find him.

They are encouraging Triek Allen, 20, to come forward for his own safety as well as the safety of the community and police.

Treik Allen, 20, is being sought by police in relation to a firearms incident on Anzac Drive, Christchurch on 23 February. Photo: Supplied / Police

Anyone who may have seen him or have any information on his whereabouts is urged to call 111 or Christchurch Police on 03 363 7400.

Mr Price said they believed Mr Allen may be armed.

"Until such time when he is located or hands himself in to the police, front-line level one responders in the Canterbury District will be carrying firearms for their safety and public safety," said Mr Price.

"Our officers who are dedicated to keeping our community safe are currently operating in an environment of heightened risk and they deserve to be kept safe. Their safety as always is absolutely paramount to me."

All frontline police have firearms in their vehicles, but the Canterbury officers will also be carrying them in a holster.

"My intent is simply that our staff can come to work, complete their shifts, keep our community safe and be able to return home safely to their families at the end of their day."

He said they believed that the risk posed by Mr Allen was towards police staff, rather than the general public.

"However, public safety is always our priority and we will take all the necessary steps and decisions to ensure that our public remains safe."

Mr Price said the decision to arm all officers was not taken lightly.

He said it had been an operational decision made by him as the district commander and that the Commissioner of New Zealand Police supported his decision.

staff and public safety. As soon as the circumstances change and we believe that this risk is no longer present we will revert back to our normal operating model regarding the carriage of firearms."

He said the decision was in response to a very specific situation rather than a general shift in their approach.

He asked for the wanted person to make contact with police as soon as possible.

He also wants members of the public who had information about him to come forward.

He said they were lucky that no innocent members of the public or police officers were seriously injured during the recent incidents.

Police Minister Stuart Nash is backing the decision but said it did not mean that routine arming of police was on the horizon.