Westland District Council has activated its Emergency Operations Centre as river levels approach those last seen during the devastating 2016 floods. 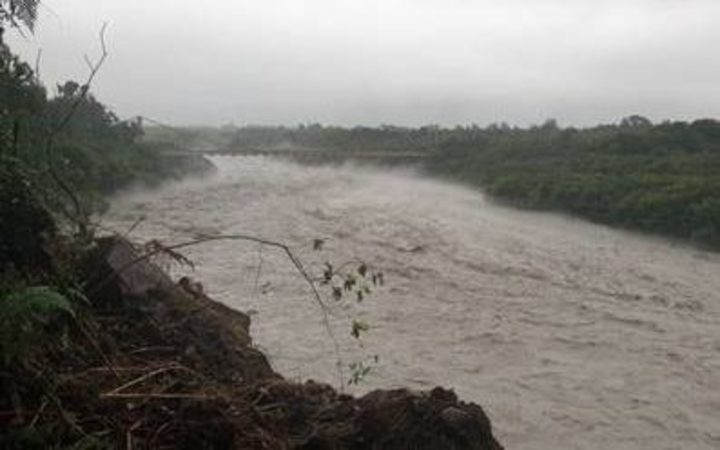 The council said the intensity of falls is expected to increase during the day and not let up until early tomorrow morning.

It said residents are asked to stockpile drinking water as water supplies could be affected.

Total rainfall across the western South Island is forecast to exceed 700 mm in some high elevation areas! ️ ️ ️

Watch for quickly-rising rivers, flooding, and slips on Tuesday. pic.twitter.com/qZmko06utx

Motorists are being warned about slips and surface flooding after heavy rain in Fiordland and Westland.

It said heavy rain has caused two slips, closing SH6 between Franz Josef and Fox Glacier about 6.50am.

Surface flooding was also affecting many areas along State Highway 6 between Ross and Haast.

Westland District Council mayor Bruce Smith told Morning Report an "incredible" amount of rain had been forecast, with predictions of between 600mm and 800mm to fall.

"To get this sort of figure, I don't recall it in the last six or seven years."

He said rivers in the region were getting close to the heights of the April 2016 flood which caused "$30 million worth of damage".

Our front continues to produce intense rain on the West Coast of the South Island. 430mm so far at Milford Sound, 220mm at Mt Cook. The MetService severe weather forecasters are monitoring 24/7, as always. Warning information at https://t.co/qHyE5zhh6X ^GG pic.twitter.com/CB4GBL2yzS

"And they're rising quite rapidly in the last hour ... we've had a huge amount of rain overnight and we're expecting it to continue."

People needed to stay off the roads as there was considerable surface flooding, he said.

And he said people should contact the authorities if they noticed creeks overtopping banks so they can alert the public about it.

MetService said that by 7am, 430mm of rain had fallen in Milford Sound and 220mm at Mt Cook.

"In Fiordland the rain will actually ease to showers this afternoon but in Westland we're expecting the heavy rain to get even heavier.

"We've still got the warning in place for Westland south of Ōtira where we're expecting possibly over 500mm of rain to accumulate about the ranges."

Mr Glassey said up to 30mm of rain was falling every hour overnight in Milford Sound.