A crash on Auckland Harbour Bridge is blocking two lanes, causing delays as far back as Greville Road, the Transport Agency says. 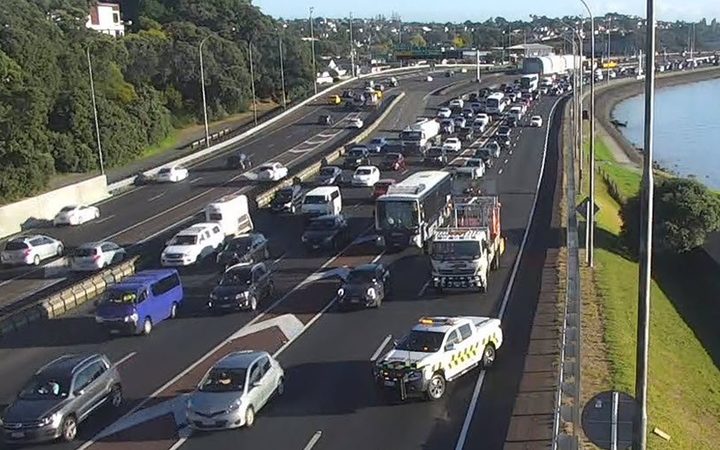 The crash on Auckland Harbour Bridge has been causing heavy delays Photo: NZTA

NZTA said the crash about 8.50am was blocking lanes one and two on the bridge.

By 9.20am the blockage was causing delays as far back as Greville Road, the agency said.

However, an earlier crash in the Waterview Tunnel about 8.20am had been cleared.