The daughter of Haji-Daoud Nabi, who was gunned down in Christchurch's Al Noor Mosque, says she isn't sure the reality of her father's death has really sunk in. 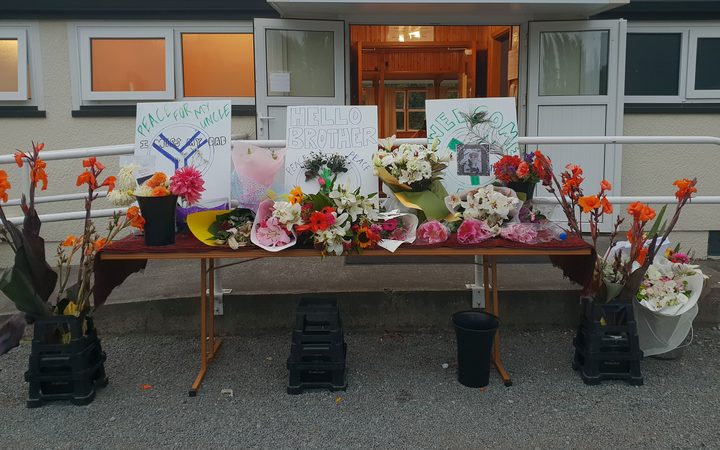 Flowers and messages reflect the loss being felt by those closest to Haji-Daoud Nabi. Photo: RNZ / Sarah Robson

Yesterday, family and friends of Haji-Daoud Nabi gathered together to pray and show their support in the aftermath of the terror attacks. The Nabi family invited RNZ to attend the gathering at a small community hall in Belfast, north of Christchurch.

Outside the hall, a table was set up covered with bunches of flowers and signs reading "hello brother" and "I miss my dad".

Shoes were kicked off and inside, the hall was partitioned into two rooms by a row of curtains - one for men and one for women.

The wooden floor was covered with rugs and cushions - and Haji-Daoud Nabi's immediate family sat closest to the door.

As each person arrived, they greeted Haji-Daoud Nabi's wife and daughter and then everyone else in the room. There were kisses, the grasping of hands and murmurings of "salam" and "hello".

People sat and read from the Koran, sipped tea and watched over the children running around outside. A lone police officer paced around the lawn.

From behind the curtain, you could hear the men praying. 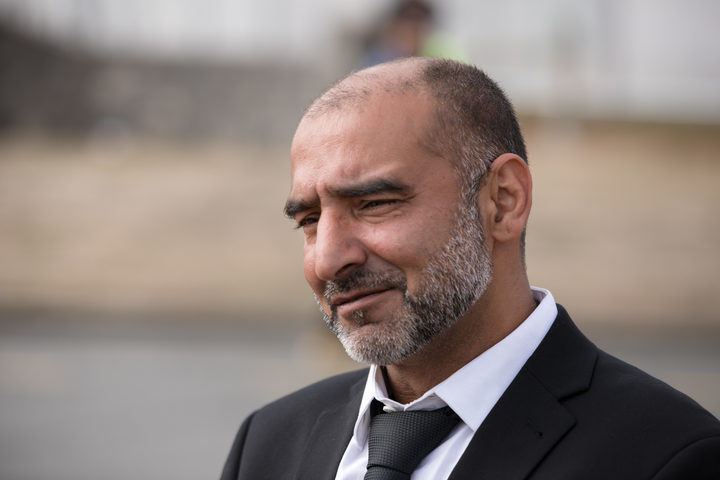 Haji-Daoud Nabi's son, Yama, said it was important to get together to show each other love and support.

"That's the main thing that's important, getting together."

Haji-Daoud Nabi's daughter, Roushan, said her father was a kind and generous man.

"Regardless of who it was, from young to old, any ethnicity, any background, he was always the first to put his hand up and help, and he would go out of his way," she said.

Roushan Nabi said she was proud to be his daughter. "I couldn't be more proud of being or belonging to his family or being his daughter."

She said in the initial aftermath of the shooting, she and her family had thought her father was safe. They spent hours at the hospital waiting for any news and her brothers were asking the injured whether they had seen their father.

But she said several people had told them that Haji-Daoud had saved their lives.

"The brother in the wheelchair said that he actually saw dad and he was hiding underneath a chair, so initially from breaking the window and getting people over the fence, as the shooting had ceased, he then came back thinking that there's no more firing, not knowing that the shooter had then gone and reloaded.

"So in-between that period, I'm not sure what happened, but the brother in the wheelchair said yes, we did see him, he was hiding underneath a chair, and he actually gave that up for a Fijian brother, so his position for someone else and that person is now alive."

But Roushan Nabi isn't sure what's happened has really sunk in for her and her mother.

"To be honest, I don't think that either of us has had the opportunity or the time to just sit down and take it all in that dad is gone.

"When that all calms down and the house goes quiet and empty, I think that's when it's going to hurt the most."

Haji-Daoud Nabi's brother, Mohammad, travelled from the United States to be with his family. He said he was grateful for the love and support that's been shown by all New Zealanders in the days following the attacks.

"I really appreciate it and I thank you guys again and there will be no end for the rest of my life, I will say it again and again."

Mohammad Nabi hoped his brother's memory would be honoured with a better, more peaceful future.