A Christchurch man who knew most of those who died at the Al Noor Mosque says he managed to scrape by unscathed. 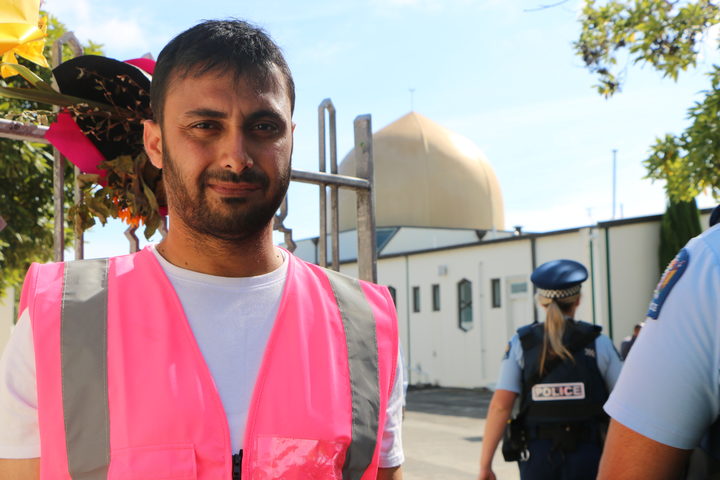 Mohamad Ismail was able to go back inside the mosque today and recalled how would usually be in the front two lines formed for prayer behind the imam.

"Usually we sit in the left corner at front two lines, but luckily, I was just at the front of the masjid [mosque] and the shooting was inside and I rushed to masjid. I was a bit late, and Allah saved me.

"One brother broke the side window of left corner on the left side so that a lot people could escape from that side."

He said re-entering the mosque today was a difficult experience.

He was very close to some of the victims, who used to visit him at his house and play with his young daughter, he said.

"But when I go in the masjid, wallahi [I swear to Allah], I feel very … I couldn't see anywhere. When I see the place, entering there and it's really - I don't know how I'm going to be settled from this event."

Mr Ismail said he was unable to sleep after the mass burial of the victims.

He said he never thought something like this would happen.

"I was thinking the very first day [after the attack] to go back to my country to be honest.

"I didn't like to stay here but later on … the response from the New Zealand people was fantastic."

His neighbours and workplace managers had talked to him, comforted him and asked him how they could support him, he said.

"Now I feel better because the people of New Zealand showed what they had in their hearts."