The Prime Minister has thanked the Muslim community for its hospitality in the face of terror. See how the day unfolded with RNZ's updates. 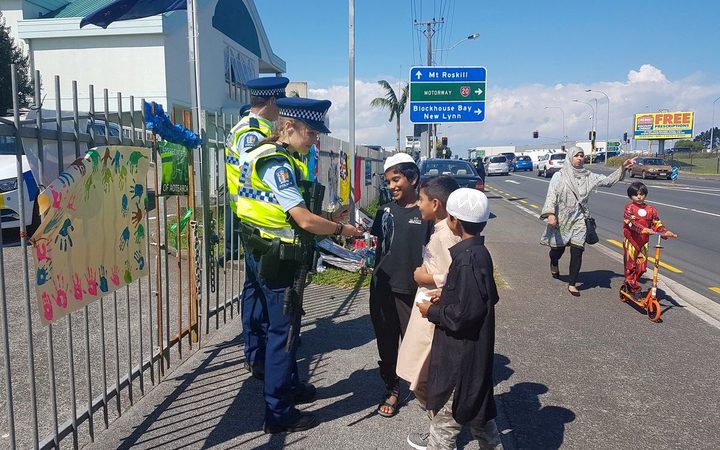 Jacinda Ardern has spoken at the Masjid e Umar Mosque in Auckland, which is holding an open vigil for those killed in Christchurch.

She said at a time when it would have been justifiable for Mosques to shut their doors - they welcomed New Zealanders with open arms.

Ms Ardern said she was also thankful to MPs from across parliament, who she said have shown unity at a time that desperately required it.

It's now a week and a day since the terror attack where 50 people were gunned down at the Al Noor Mosque and Linwood mosque.

A person has been charged with one count of murder and more charges are likely.

Ms Ardern has announced a ban on all military-style semi-automatic weapons and assault rifles.

The Muslim community is being allowed back into mosques where the shootings occurred.

Thousands of people have gathered at the March for Love event in Christchurch today as New Zealand continues to honour those who died in the mosque attacks in the city.

Yesterday, tens of thousands of New Zealanders gathered throughout the country to show solidarity with the Muslim community.

The Muslim call to prayer was broadcast widely, including on RNZ, from opposite the Al Noor Mosque, followed by a two-minute's silence.

And there was a mass funeral for 26 of the victims at Memorial Park Cemetery yesterday afternoon.