A group of Christchurch businesses are struggling to get back on their feet after the attack on their neighbouring Linwood Mosque. 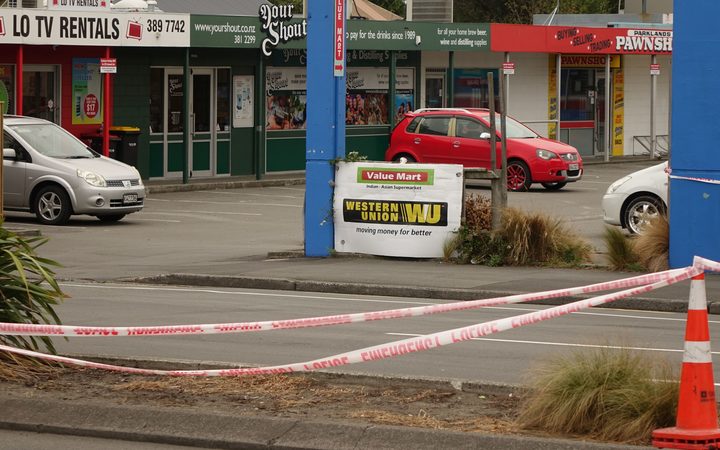 About eight shops were behind the cordons set up for a week as police investigated, and were given the all-clear to reopen on Thursday. But they are still waiting for customers to return, or to find out what kind of compensation they might receive for lost income.

Steve Lilley, a pawnbroker at Parklands Pawnshop, said Friday 15 March was a day of "confusion and adrenaline" as he heard what he thought was a nail gun, and left to see what was going on.

He and a customer ended up hiding behind a car, as they realised the full extent of what was happening. He returned to the store, where armed police helped him evacuate.

Minutes later, his store was behind police cordons, and it was not until nearly a week later, on Thursday afternoon, that he was given the all-clear to return.

But in the days since, he said fewer people have been walking through the door - and he is still waiting to hear if his insurance will provide compensation for the lost income.

Some businesses are being directed to speak with the Canterbury Employers' Chamber of Commerce, which has advised that it may be able to provide support on a case-by-case basis. 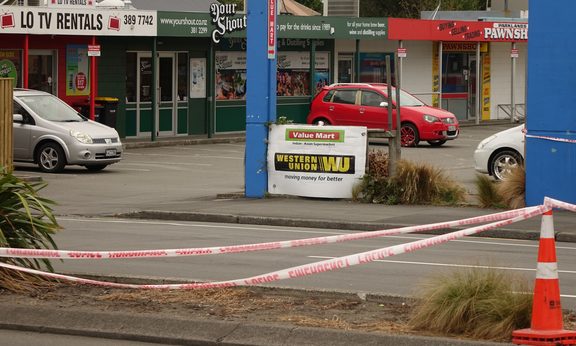 A pawnbroker at Parklands Pawnshop in Linwood is expecting the attack on Linwood Mosque to have a long-term effect on his business. Photo: RNZ / Katie Todd

But given that his business provides long-term loans, Mr Lilley said it could impact on his income for "several months to come".

"We have no loans for nine or 10 days, so in one or two or three months when they're going to be picked up that's income we're not going to receive," he said.

"Items that were due in the last nine or 10 days we're going to have to waive in fairness to customers."

At Super Liquor next door, business has also been very quiet for manager Navgod Jhim. He said there have been about 90 percent fewer people buying products over the weekend.

Next door, staff at Value Mart grocery store had the job of restocking dozens of expired products on Thursday. They say business has been "pretty quiet" too, and are not sure if people are aware that they are open again. But the owner, Amrit Singh, said it is "only money", and nothing compared to what some regular customers have gone through. 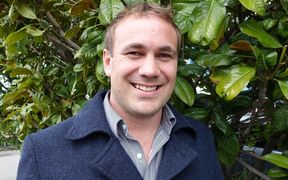 Despite the hit to his business Mr Singh has vowed to donate money from every transaction made over the weekend and today to charity, to "do their bit to help".

Meanwhile, Christchurch City Councillor Deon Swiggs is urging Christchurch locals to do what they can to back the businesses.

He said even small purchases could go a long way.