Businesses next to the Linwood mosque are slowly returning to normal after re-opening their stores. 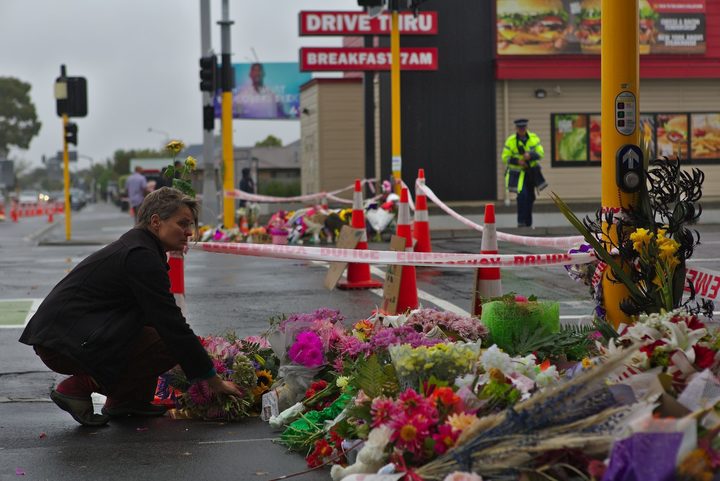 A woman lays flowers to pay tribute at Linwood Avenue, at a site close to where the attack occurred. Photo: AFP / Anadolu Agency

Only three businesses in the small shopping centre next to the Linwood mosque were open today.

Shane Lilley - the owner of Parklands Pawnshop - re-opened his store on Friday, a week on from the attack, but said customer numbers have been down about 90 percent.

Mr Lilley was there the day of the attack and said he's still recovering from what he saw, and he said that the financial pressure will also be long-lasting.

"We have no loans for the nine or 10 days so one, two and three months later when they would've been picked up, that's our income that we're not going to receive.

"Items that were due in the last 10 days, we're going to have to waive in fairness to the customers so it'll (the financial pressure) will last at least three months."

Mr Lilley said his insurance company has not confirmed yet whether he's eligible for disruption insurance.

He added that only one business in the centre has received any offer of support from the Christchurch City Council.

The Super Liquor outlet in the small shopping centre next to the Linwood mosque re-opened on Thursday night, but the manager, Navgod, said it had been a quiet return.

Navgod said sales have been down to less than 10 percent of what they usually are.