Christchurch Mayor Lianne Dalziel says a March for Love on Saturday organised by high school students has confirmed her optimism for the future. 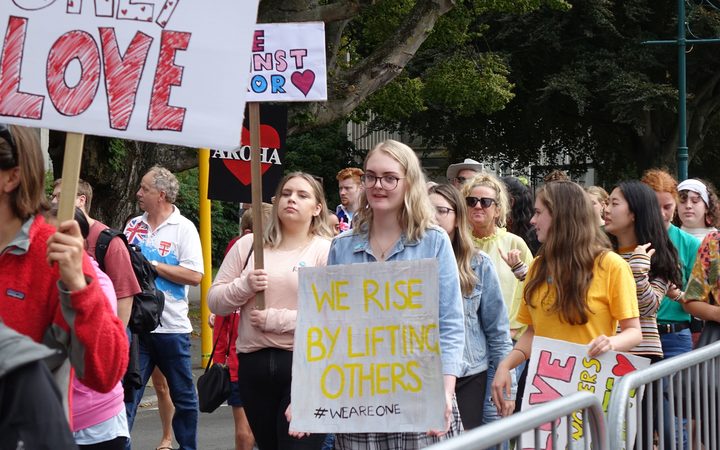 About 5000 people attended the event which started in North Hagley Park and went on to the wall of flowers at the entrance to the Botanic Gardens in Rolleston Avenue.

The crowd heard prayers from a number of different faiths and then from the mayor.

Lianne Dalziel told them that the city is united by love.

"We will not be divided by hate and the unity that comes from love and compassion and kindness it is our young people of Ōtautahi - Christchurch who are leading the way."

Ms Dalziel said the city stands together as one in unity.

She praised the three young people from St Andrew's College who organised the march.

"Your city is so proud of you, so proud of everything you have done to unite young people and people of all ages, faiths and backgrounds to bring us together to march for love." 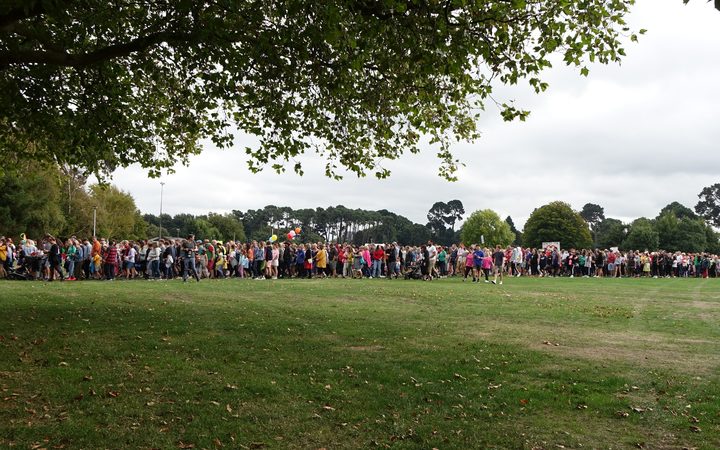 The three students, Manaia Butler, Ella Clearwater and Marshall Setu organised the march because they felt they needed to do something to make a difference.

Manaia Butler said they never believed something like the shootings could happen in their home town.

"We decided a march would be a visual representation of how we feel and our community feels at this time.

"Everyone uniting and resilience is an amazing symbol of strength in Canterbury."

"The new generation is recognising that violence is not okay and actually forming that voice and are starting to make change".

Ella Clearwater hopes the march has helped to spread the love.

"Because honestly we all need it and as long as we can incorporate it in small gestures each day I think that is the most important thing."

A public vigil will be held in North Hagley Park tomorrow night starting at 5pm. 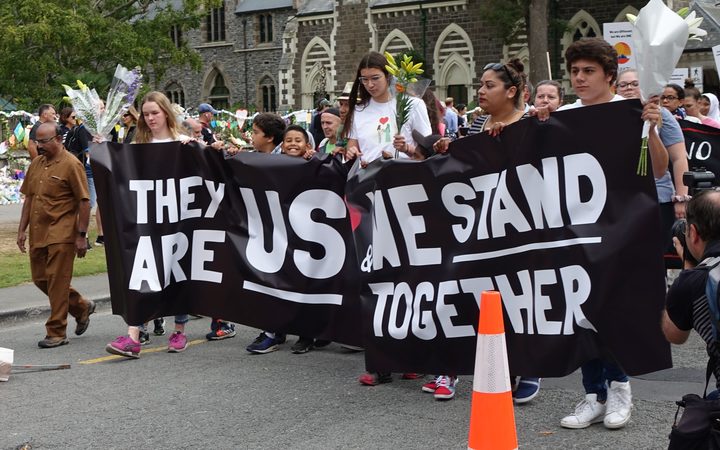