People seeking comfort on the streets of Christchurch could find it in the hugs of strangers yesterday. 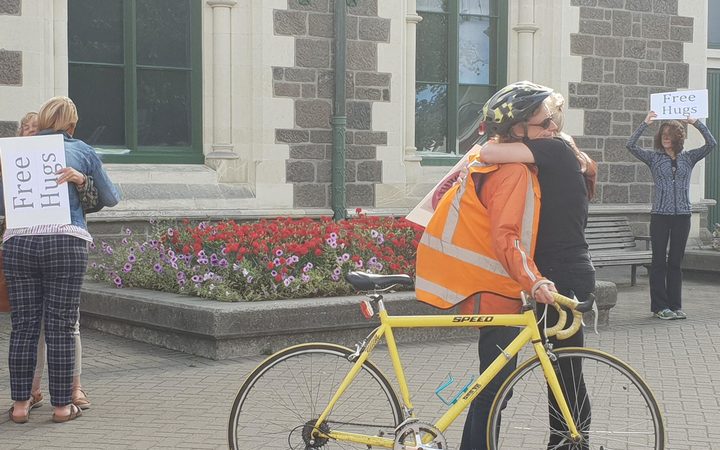 Guerilla Hugs, an organisation that gives out hugs to strangers, was out in force next to the piles of flowers and cards left near the Christchurch Botanic Gardens to honour those who died.

Founder Majella Greene was in Christchurch from London on a separate trip, and realised the hugs were needed after the terrorist attack a week ago.

She and supporters had been on Rolleston Avenue for about an hour - and in that time hugged countless people. 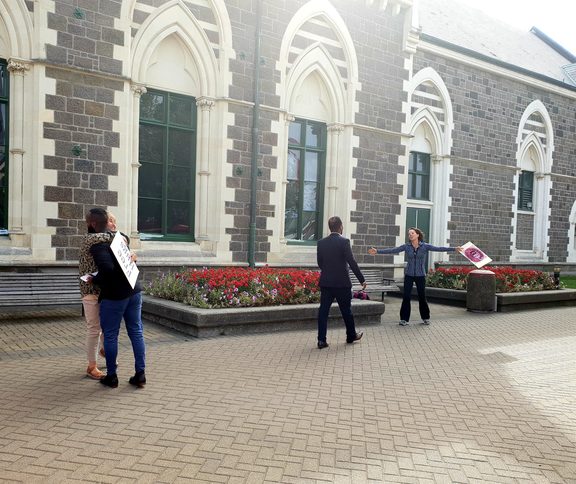 Ms Greene started Guerilla Hugs in 2010, after researching the importance of touch in every day life. She recruited two locals yesterday, one on the spot, to help.

From those coming to lay flowers and pay their respects, she felt a real sense of loss. "There's a lot of tears and sadness and hurt and disappointment in the world from what's happened last Friday."

She said even if people didn't need a hug, seeing the free hugs offered on the street helped them feel like someone cared.

Ms Greene had been involved in the aftermath of the Grenfell Tower fire in London, and said there were parallels to the reaction to that, in Christchurch.

Jill Eglinton had also been giving out hugs, after stopping and seeing the signs as she was walking by. She is a New Zealander living in Sydney, and had flown over specifically to pay her respects.

"I wanted to come down and see if I could do anything, and help in any way."

She said it was very moving, and very strong to be able to hug a complete stranger.

"Some people would tear up, and a number of people that walked past were Muslim, and particularly one woman, she was crying, and it was wonderful to be able to hug her and say sorry to her and for all her community, and that we're with them all.

"We just want to spread the love and the goodwill, and the hope for the future really."