Silver Fern Farms is mourning the loss of a halal butcher who was killed while returning from grieving with family in Christchurch. 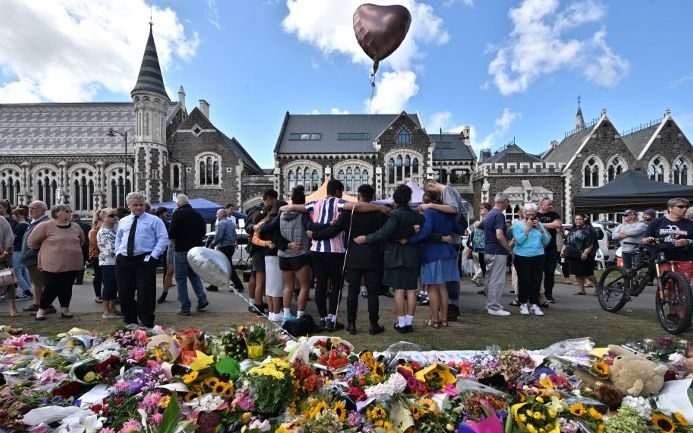 A group of students sing in front of flowers left in tribute to victims of Friday's attacks at the Botanical Garden in Christchurch. Photo: AFP or licensors

Police have named him as Mohamed Elmi, 49, of Christchurch.

Company management said he was travelling back from Christchurch, where he had been to support and spend time with his family following Friday's tragic massacre.

His car is understood to have crashed near Palmerston.

They said their thoughts were with their colleague's family, friends and the wider Muslim community.

They added this incident was another devastating blow on the back of last Friday's shootings.

Work stopped at Finegand today and transport is being arranged for staff who wish to attend funerals in Christchurch.

In addition, work will stop tomorrow and through the weekend at several sites: Finegand, Pareora, Belfast and Waitane.

The Belfast works were due to close this afternoon as well.

South Island farmers were been urged to bear this in mind when they sent stock to meat works for processing.