Police in Queenstown are calling for information about a crash which left a 22-year-old German woman critically injured. 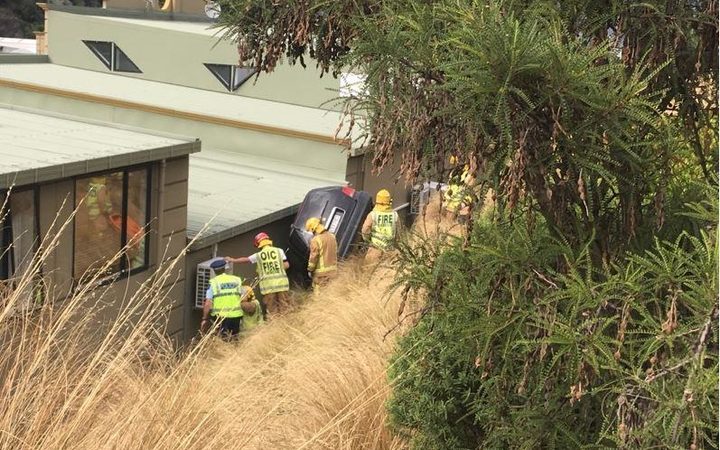 Police are seeking information about a car crash in Queenstown on 13 March. Photo: ODT / Tracey Roxburgh

A dark-coloured Honda Odyssey with the registration number EEF783 hours was spotted hours after it crashed early on Wednesday, 13 March.

The injured young woman had been abandoned, after two others fled the scene.

Detective Sergeant Brian Cameron said police had identified the three people believed to be in the vehicle at the time it crashed.

"As police are yet to establish the cause of the crash, we are interested in any footage that may show the vehicle as it travelled in the Gorge Road area," he said.

"An exact time for the crash is also yet to be confirmed, though it would appear from information obtained to date that the most likely timeframe is between 3.45am and 6am.

"Anyone who may have been walking in the area at that time and saw the vehicle, or otherwise believes they may have relevant information, is also asked to contact Queenstown Police on 03 4411600."

The young woman remains in a critical but stable condition in the intensive care unit in Dunedin Hospital.

"We would like to hear from any businesses or individuals who may have CCTV cameras along Gorge Road, Queenstown, between the city centre and intersection of Industrial Place," Mr Cameron said.

Information could also be provided anonymously via Crimestoppers on 0800 555 111.