Some tourists may give Queenstown a second thought if a local visitor tax is imposed in the resort town. 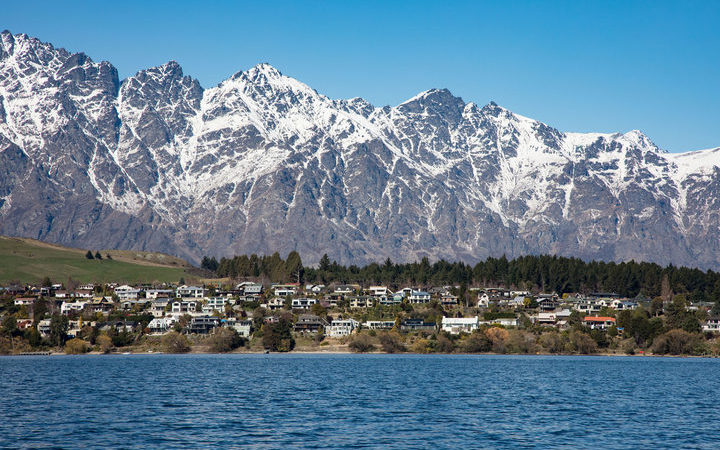 Queenstown Lakes District Council voted unanimously to hold a referendum to test community support for a visitor tax at a meeting today.

The idea of a tourist tax has been floating around for several years amid fears Queenstown ratepayers will continue to bear the brunt of infrastructure costs.

If it passes, Queenstown will be the second region to implement a regional visitor tax.

German traveller Sophie Klinke said she would reconsider coming back to Queenstown if she had to pay extra in an already expensive town to visit.

But she said it might not have the same effect on everyone.

"For people who don't travel budget like we do, they might think it's a good idea and might see if they want to travel there, but in general, I think, it will put a lot of travellers off," Ms Klinke said.

She said she expected a levy would hit lower budget travellers hard.

"There are so many people our age that just don't have that much money, so I think [they] definitely won't come to Queenstown to stay in Queenstown, they would rather stay somewhere outside where it's a lot cheaper to stay."

No other city or district in the country experiences a ratio of 34 international visitors per resident - Auckland had a ratio of one to one and Christchurch was three to one, he said.

"The reality is we have around six million bed nights in the town a year, over three million individual visitors, 24,000 ratepayers - the model simply doesn't work, we cannot keep up the quality of infrastructure that we need to," Mr Boult said.

The New Zealand tourism industry would suffer if Queenstown couldn't keep up, he said.

If passed, it wouldn't the first visitor levy in New Zealand - Stewart Island has had one in place since 2013.

But it could open the door for more regions to consider implementing a similar tax.

A Queenstown tourist tax would be separate from the government's $35 International Visitor Conservation and Tourism Levy, which is set to be introduced mid this year.

Mr Boult said he envisioned that domestic and international visitors would have to pay the levy.

"I need to emphasise how important it is that our community gets involved with this referendum," Mr Boult said.

"It is our best chance, perhaps our only chance, to get the financial support we need to make a difference to the quality of life for all of us living and working here."

The work would be centred on a 30-year spatial plan for the country's fastest growing district, enabling the council to investigate a new funding model for infrastructure based on a visitor levy, he said.

Queenstown resident Justine Farquharson said the resort town was on the brink of hitting full capacity for visitors and residents.

The additional funding from a tourist tax would be a lifeline to pay for infrastructure, she said.

"That comes down to where they use the money and how and what they implement in the town to keep it as a town. We don't want to become a city. We can't become a city, we can't widen anywhere in Queenstown any further than what we have.

Locals had been crying out for more funding and infrastructure, but the devil would be in the details as to whether they would support a tourist tax, Ms Farquharson said.

The fact the council doesn't have to go ahead with whatever the community decides has put a bit of a dampener on the announcement.

"That's definitely a concern. In this situation, I think the council will use the community to get it across the line because if we're listened to, we've helped get the referendum through," she said.

Nik Kiddle, of the Villa Del Lago Hotel, represents 63 other accommodation providers and said he was worried any new tax or levy would just sting his sector.

"We're worried that any additional taxes or levies ... would fall only on the shoulders of one type of business when all types of businesses are benefiting from tourism and, in fact, all residents will benefit from the upgrade in infrastructure," Mr Kiddle said.

But he didn't rule out a tourist tax, saying businesses would offer their help to the council to write the referendum.

German tourist Emma Stoehr said she might come back if she knew where her money was going.

The levy is expected to attract between $25 million and $40 million a year.

Mr Boult said the model for the levy had yet to be decided, but it would likely be a percentage, not a flat rate.

The referendum is expected to be held later this year.