With more than five million tourists predicted to visit New Zealand by 2024, it's sink or swim for the tourism industry. 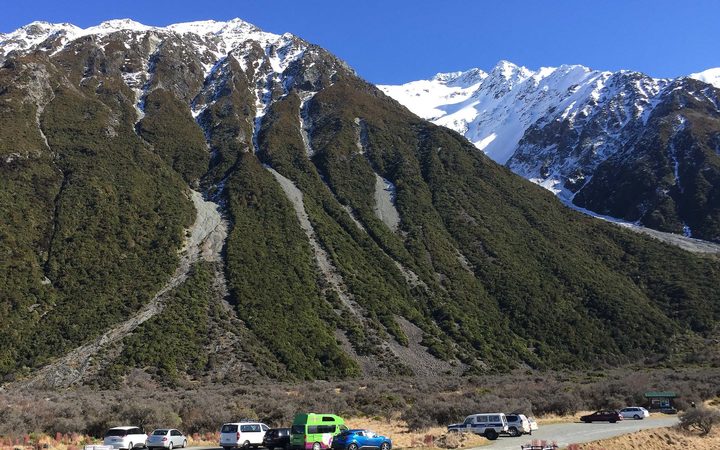 But there are hopes the government's new tourism strategy may help the industry not only cope, but thrive.

The strategy, which was announced on Tuesday morning, focuses on sustainable tourism growth and sharing the benefits of tourism across regions.

Mayors around the countries are looking to cover the cost of much-needed infrastructure as regional New Zealand braces for the onslaught of summer tourists.

There is support available - the provincial growth and tourism infrastructure funds have provided life lines for regions - but more is needed.

That's where there are hopes the draft tourism strategy will step in, and so far it's well supported.

Westland District Mayor Bruce Smith said the government is on the right track, but the funding might be quickly swallowed up.

"There's never enough, but it's a great start... this ongoing contestable funding is going to be an option for us that we simply don't have at the present time," Mr Smith said.

He's happy the Minister not only wanted to talk about the future of tourism, but has committed the funds.

The Government confirmed the $35 tourist tax, announced earlier this year, will be split between the conservation and tourism sector.

That will give the tourism sector up to $40m of extra funding.

Mr Smith said if the regions with the most tourists and fewer ratepayers could claim a slice of the funding, it would work out well.

He called for operators around the country need to read the strategy, think about its implications to their region and put pen to paper.

Queenstown Lakes District Mayor Jim Boult said his district's needs would certainly not be met by what was on offer.

"The half of the levy that's available for tourism is less than we need as our area in isolation so, no, it's not going to solve our problems," Mr Boult said.

Instead his council is in discussion with the government to find a solution.

Rotorua Lakes Mayor Steve Chadwick said she was happy the strategy focused on sustainability - a message set out clearly in the Tiaki Promise announced by the government last week.

"It's the only responsible way forward, especially when managing the other big issues. We have to look at matching our money as ratepayers with central government funding and with iwi who are coming to the party," Ms Chadwick said.

As the tourists start to make their way to the Kaikoura District, Mayor Winston Gray said the government help was a good start, but it wasn't enough.

Waitaki District Mayor Gary Kircher said the different regions needed to work with each other and share funds around, and the strategy needed to ensure tourists and locals got along.

The draft Tourism Strategy is open for submissions from the public until February.