Half of the revenue gathered from the government's planned levy on international tourists, will be spent directly on conservation. 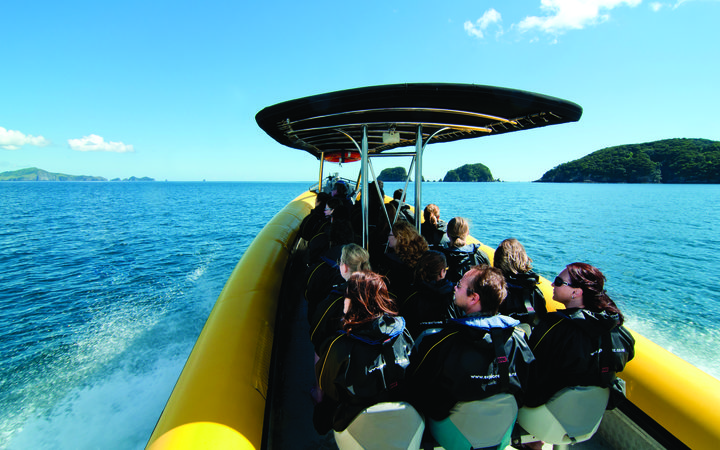 The government has outlined a plan to move towards quality and value tourism over increasing visitor numbers. Photo: Action Adventure Videos

That's $40 million of the forecast $80m take, with the other half to go directly back into tourism.

The tourism and conservation ministers revealed the details this morning as part of a new government strategy which outlines five goals for the sector - with a plan to move towards quality and value tourism over increasing visitor numbers.

They are now going to the public for feedback on the strategy, including on how that money can best be spent.

Public consultation closes in February 2019. Conservation Minister Eugenie Sage said New Zealand's environment would be first to benefit from this.

"I think it will be a lot on biodiversity protection, but also in the spending of the levy in the tourism part there's provision for at least 10 percent going to planning and capability development."

The new $35 tourist levy was announced earlier this year, and will apply to most international visitors entering New Zealand for under a year.

Visitors from Australia and many Pacific Island countries will be exempt when it comes in late next year.

Tourism Minister Kelvin Davis expected tourism numbers to continue to grow despite the levy, and said it was not much when you take into account the cost of an airfare to get to New Zealand.

"It's going to be negligible, if someone's flying over from the states and buying a $1000 ticket, $35 New Zealand which is maybe $20 American isn't going to be putting them off," he said.

Raewyn Peart from the Environmental Defence Society said visitors would be pleased to know they were making a contribution to the outstanding place they were visiting.

"If you go overseas just the impact of mass tourism is quite alarming in some places, and in New Zealand I think we have to be very wary of that," she said.

"So very keen to see this emphasis on value, rather than numbers, and on managing the impacts.

"Gradually if we don't look after our landscapes, our conservation areas, the product will become tarnished and our uniqueness in the world tourism stakes will gradually go down and we'll be in to the low value mass tourism - and we don't want to go there."

The tourism industry is releasing its own updated framework on Thursday at the Tourism Summit Aotearoa.

The industry group chief executive, Chris Roberts, said its own goals are closely aligned with what the government has outlined in its strategy today.

"We are pleased to see that the government is seeking the same outcomes from tourism in New Zealand as the industry - that it contributes positively to our communities and environment."

He said both strategies seek to carefully manage tourism growth and balance the needs of visitors, communities and the environment.