Fire crews have brought a fire at a plastic recycling plant near Thames under control. 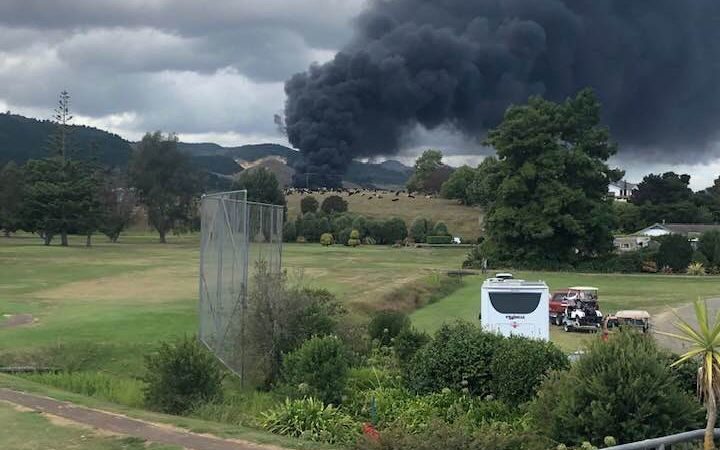 The fire in Kopu, near Thames. Photo: Supplied / Paul Oxford

Emergency services were called to the blaze at Smart Environmental Limited on the Paeroa Kopu Road at 2.30pm.

Twelve crews have been working to put out the fire, which has burned through a 2ha area of plastic bales.

The fire did not spread to nearby property and no-one had to be evacuated.

However, those nearby were told to leave if they were worried about the plumes of black smoke rising from the site.

A fire at the same plant in April last year destroyed a massive pile of unprocessed waste.