Sports presenter and journalist Melodie Robinson has become the first New Zealander to have a Barbie doll made in her likeness. 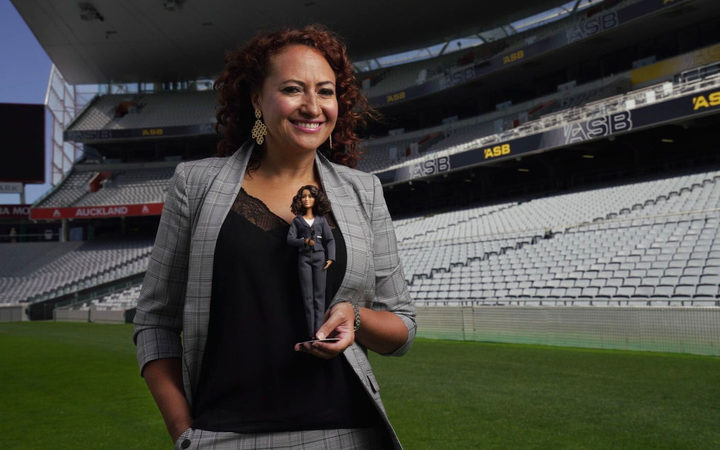 The Mattel brand is celebrating its 60th anniversary and International Women's Day by releasing a line of Barbie Role Models featuring dolls in the likeness of 38 women from around the world.

New Zealand sports journalist and presenter Melodie Robinson is among the women chosen.

It's the first-ever Māori doll for the brand.

Robinson said she was chuffed about it, and hoped the doll would inspire young women to pursue careers in rugby or sports journalism.

She said it was also a win for Māori.

"I've had so many Māori women ringing me and saying this is great, there's a Barbie that looks like me, and there's actually not a lot of toys out there for Māori girls that have curly hair and that beautiful brown skin."

During her time on the field she also studied journalism and began working in the press gallery at Parliament.

In 2002 she begun working for SKY Sport and presented and commentated for the Super 12 and NPC. She also regularly hosted Super Rugby and the ITM Cup build-ups, the ANZ Championship and international netball buildups.

Ok... seriously cool to be selected to inspire young girls with the first ever NZ Barbie - she’s Maori ... and a commentator! All part of Mattel’s role model program to help girls believe they can be anything. In this case you can be a sports journalist... a presenter... or a commentator. @barbie #barbie60

"Many Māori girls and also Pacific Island girls play rugby and some of them get to be Black Ferns and they have also got that career option now of being a commentator or Rugby presenter," Robinson said.

She said the Barbie was initially going to be a Black Fern, but when Mattel learned more about her work as a sports commentator and journalist, they went with that instead.

"I'm pretty proud - she could be a journalist, she could be a presenter, but she's also an analytical commentator - and there's not that many females in that role in sport around the world so it is still an aspirational pathway.

Ms Robinson said her two sons were eager to get their hands on the doll and she was anticipating the wear and tear that most Barbies go through.

Ms Robinson has also set up The Wonderful Group, which is about empowering women in sport media.