Surgical teams in Christchurch have operated throughout the night on people injured in the mosque shootings.

Forty-eight people were taken to the hospital with gunshot wounds. Police said this morning 42 were being treated for injuries; two are critically injured including a four-year-old child who has been transported to Starship Hospital.

Canterbury DHB chief executive David Meates told Morning Report the hospital has a large trauma centre which has meant it was prepared for such a tragic event.

The Emergency Department is open again but Mr Meates encouraged people to access other services unless necessary.

Mr Meates said police are still on guard at the hospital and will have a presence throughout the day.

He said any additional intensive care is likely to be redirected from Christchurch Hospital.

Security is still tight in the city and in the area around the two mosques in Riccarton and Linwood.

Armed police remain at a cordon near the Linwood Masjid Mosque. The corner of Hereford Street and Linwood Avenue remains closed to the public with closed signs, emergency tape and orange cones blocking access.

Police have told all mosques around the country to close.

In Dunedin, the armed offenders squad and a dog squad member are making their way to an address on Somerville Street in Dunedin.

There have been cordons around the property overnight which is linked to the Christchurch terror attacks. There are three armed checkpoints in place around the street. 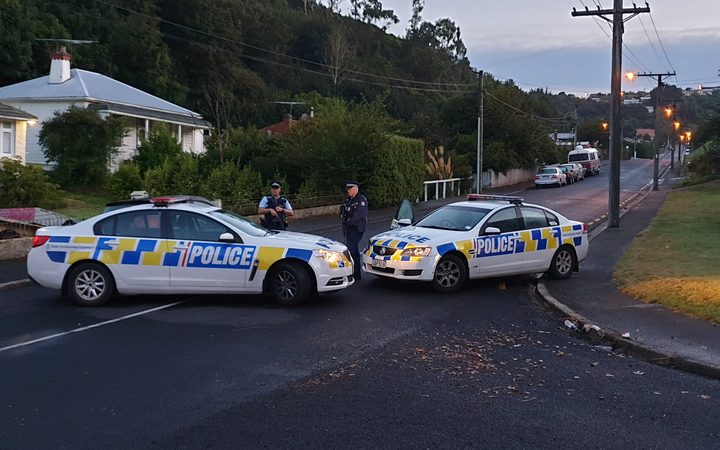 A cordon remains in place at Somerville Street in Dunedin in connection to the Christchurch terror attack. Photo: RNZ / Tim Brown

In Auckland, flowers have been laid at the gate of a mosque in Ponsonby to mourn those who died in the attacks.

One man laying flowers at the Al Masjid al Jamie this morning, Richard, said it was a way of saying 'we are thinking of you and we are one'.

He said immigrants come in peace and should have the freedom to practice their religion without becoming targets. 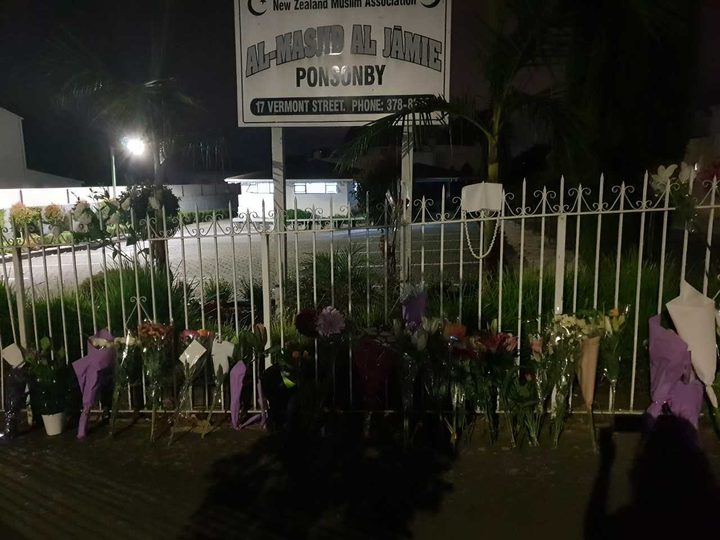 A 28-year-old man will appear in Christchurch District Court today charged with murder and two others remain in custody.

Police said the investigations are in their early stages and they will be looking to build a picture of any individuals involved and all their activities prior to the attack.

Police said there was no guarantee the risk was limited to Canterbury and urged all New Zealanders to be extra vigilant.