This story has been updated, read the latest here.

A 28-year-old man will appear in court this morning charged with murder following the terror attack which killed dozens of people in Christchurch. 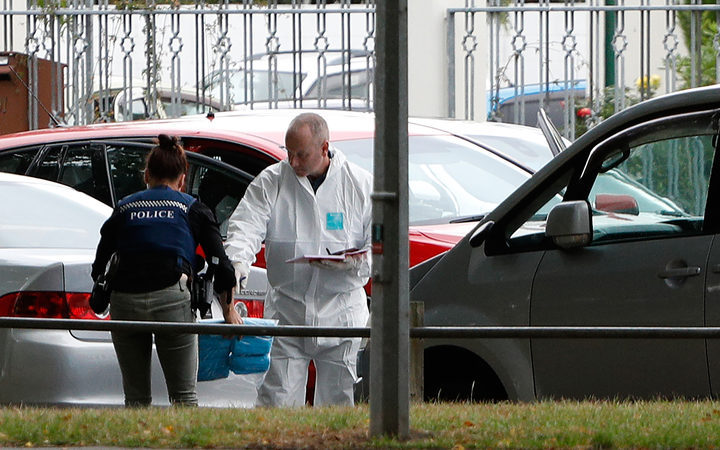 A forensic examination being carried out at the Masjid al Noor mosque on Friday. Photo: AFP

Police arrested the man yesterday afternoon along with three others following shootings at two mosques.

A man who posted a video of the attack has been identified by a former co-worker in Australia as Brenton Tarrant.

Police said none of the group were on security watchlists in New Zealand or Australia.

Commissioner Mike Bush said weapons were found near the mosques and that the Defence Force had also disarmed two explosive devices.

He wanted to assure New Zealanders that every available police and emergency resource were doing everything they could to keep communities safe.

"We have had no other threats since we responded to this incident."