A small army of contractors and volunteers have been busy in Taranaki setting up the Womad festival which kicks into life in New Plymouth this evening. 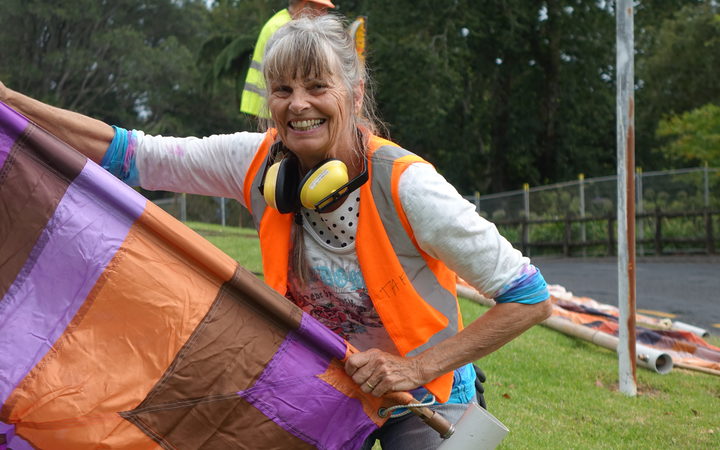 A volunteer prepares one of the festival's distinctive flags. Photo: RNZ / Robin Martin

Six kilometres of cable has been laid, about 140 distinctive bamboo flagpoles erected and a massive Transformer-like stage installed.

This weekend's festival marks the 15th time Womad has been held at the picturesque Brooklands Park and most punters will give scant thought to how the tonnes of equipment and hundreds of structures got there. 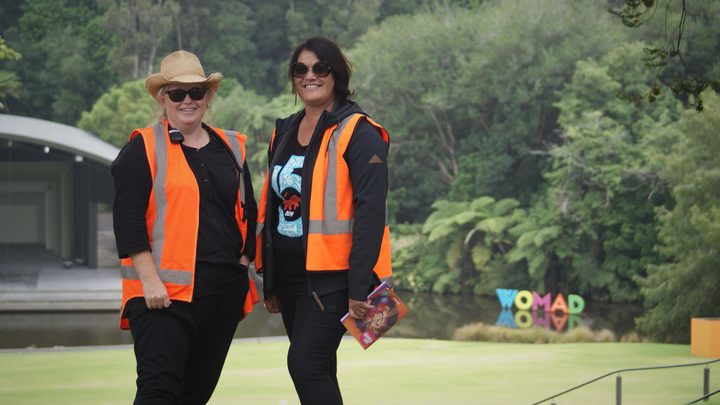 And that's just how site manger Michaela Blackman, who is building her second Womad Taranaki, likes it.

"I think what most people don't realise is there is a big team involved in getting this in. We've got eight sparkies on site now. We've got a team of about 12 tent builders that come in. We've got on site builders who work in teams. We've got two fork lift drivers. So it's busy, it becomes a construction site."

She said although everything may appear to run like clockwork there were fine margins involved in getting things right.

"So everything we do in this site is connected to the next step in the build so if something doesn't go in right the next thing won't sit properly. And the site is really tight. Even 500mm can throw stuff out."

Watch a time-lapse video of the stage's construction:

But put it in the right place and the Brooklands stage - the event's second largest - essentially installs itself.

"We call it the Sam stage and it comes in on the back of a truck and it's very much like a Transformer.

"So it comes in looking very much like a 40-foot container and then over the period of about three or four hours it becomes a stage unit.

"The side of it, which is the side of the container flips out and it all just folds out from inside itself." 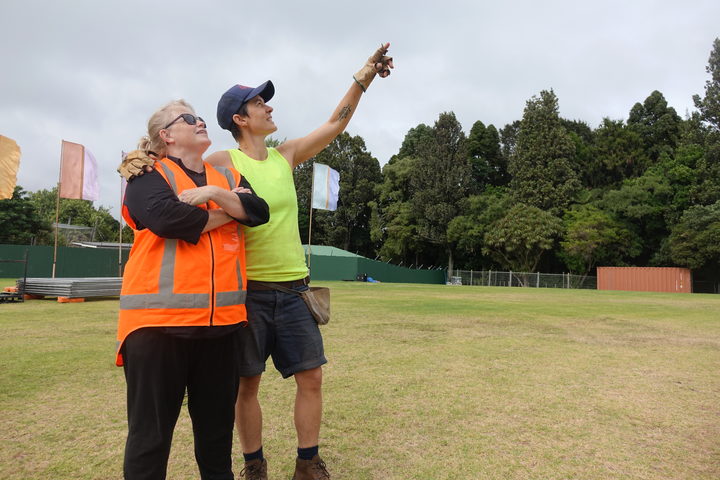 Missy Moffat was in charge of putting up the signature Angus Watt-designed Womad flags.

"When you come to Womad and you see the flags you know you're at Womad. They're a very iconic part of the event. They do travel around the world. Some of these flags have seen a lot more Womads than we have.

"So we don't make them here. They come over from England and they are a beautiful parachute silk and they catch the air beautifully and they just set the tone."

For Ms Moffat's team of volunteers automated installation was not an option.

"Yes, they love it in terms of it's very satisfying putting up a flag, but they definitely feel it. It's definitely the most physical job that we ask our volunteers to do by far."

Nevertheless, some of the 'vollies' sign up year after year. "I do get a lot of returning customers. I think that might be because I shout them all a beer at the end or something along those lines. We're a nice lot, we don't try and scare them off."

Event director Emere Wano said she still marvelled at what it took to get Womad off the ground. 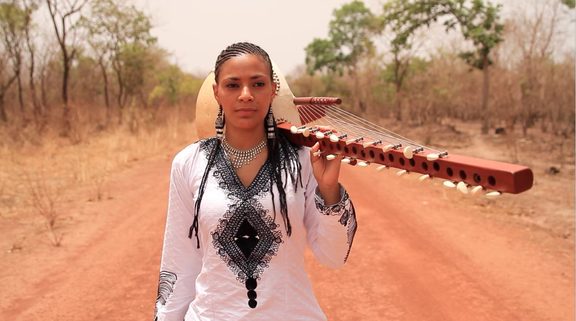 Ms Wano's festival picks were Sona Jobarteh, a female kora player from Gambia, and the high-octane Chicano ensemble Las Cafeteras from East Los Angeles, who played a pop up gig in the city yesterday.

She said they epitomised what Womad was all about.

"You know I think that's the thing, you take two artists like Las Cafeteras and Sona Jobarteh. They're very different and that's what Womad is all about. It's like melding all these different experiences together for an audience." 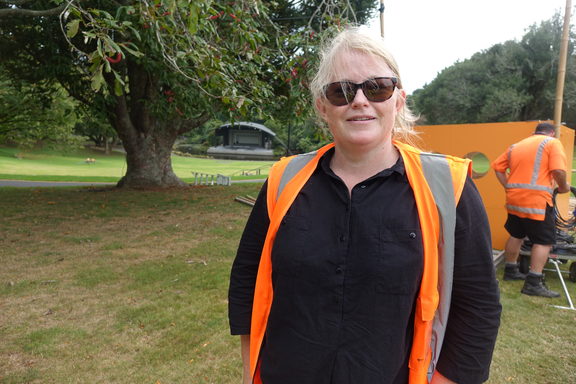 One person sure to be in that audience is Ms Blackman - how better to check if she has done her job properly.

"The best way to do that is to actually be engaged with the crowd and be in the crowd. You know it's very easy to sneak off to the VIP lounge or backstage or whatever, but what you actually need to do is work like a festivalgoer.

"Order food, order a coffee, drink the water and make sure everybody is having a good experience because actually that's what we're building is a music experience."

Prime Minister Jacinda Adern will open Womad at 6pm and it runs through until Sunday night.