RNZ Music's Nick Bollinger is at WOMAD 2018 in Taranaki. He gives us his verdict on day one of the world music festival. 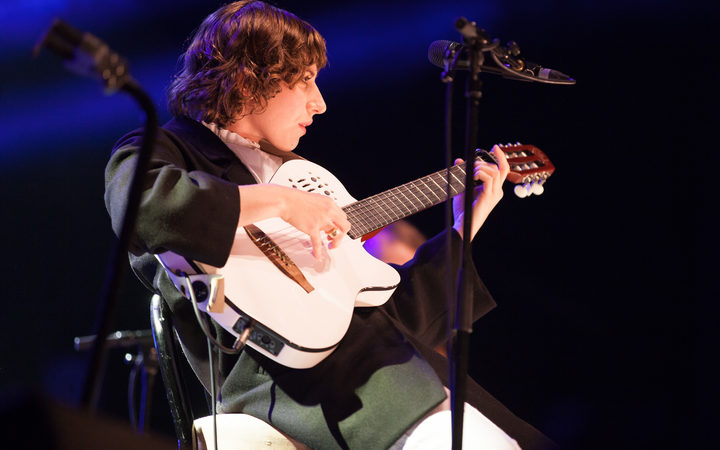 The last drops of rain fell just before the first act, Bixiga 70, took to the bowl stage to open the festival with their busy, saxy, synthy blend of rock riffery and African rhythms.

Though their name refers to the district of Sao Paolo where the group began, in an odd way their music could have come from anywhere, its main function being to get a crowd response.

It seemed to be working, but I was in the mood for a more mellow start so I headed uphill to Gables Stage where Maisey Rika and Friends were just beginning their set.

Rika was in her usual fine voice and had the simple but elegant accompaniment of what amounted to a Māori supergroup of Troy Kingi on guitar, Seth Haapu on keyboards and Horomona Horo on taonga puoro.

When the male voices blended in harmony with Rika’s it was soulful and perfect. The spotlight was shared among the four and as they sang of black sand beaches and ta moko it was clear that this music could have come from one place only. I stayed there, spellbound until their last notes died away. 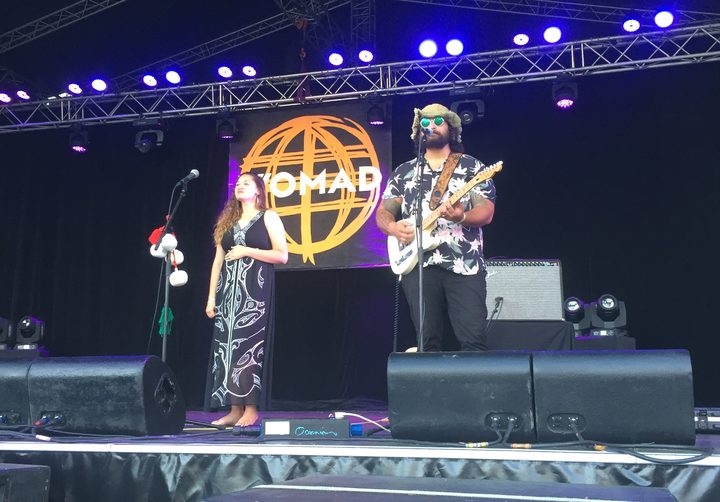 By contrast, there was little to tell you that The Miltones – next up on the Brooklands Stage – were a New Zealand band at all. All their musical references point to the American South. There’s even a southern twang to the voice of frontwoman Milly Tabak, while their song about Christ having risen made me think of snake-handling preachers.

They were tight and dynamic and their energy was enviable, but I was after something with a more convincing sense of place, which is what I found at the intimate Dell Stage where Mauritanian singer Noura Mint Seymali was performing with her trio.

Seymali’s voice is an intense and extraordinarily controlled instrument, navigating microtonal melismas and yodelling ululations, and her band backed her with driving desert rhythms. Matching her voice for intensity was the playing of her guitarist, whose name I didn’t catch.

Whoever he is, he’s the greatest exponent of the Stratocaster to set foot at Womad since Richard Thompson. Touchingly, Seymali kept getting out her phone to photograph the audience, even while she was singing.

She and her band are terrific, and should give the more famous Saharan trance band Tinariwen – scheduled for Sunday – a run for their money. I hope to catch them again.

Moving from the wildly kinetic Mauritanian sounds to the stillness of Aldous Harding’s set at the Bowl couldn’t have been more of a contrast. If Harding’s music conveys a sense of place, that place is somewhere deep in her own imagination. 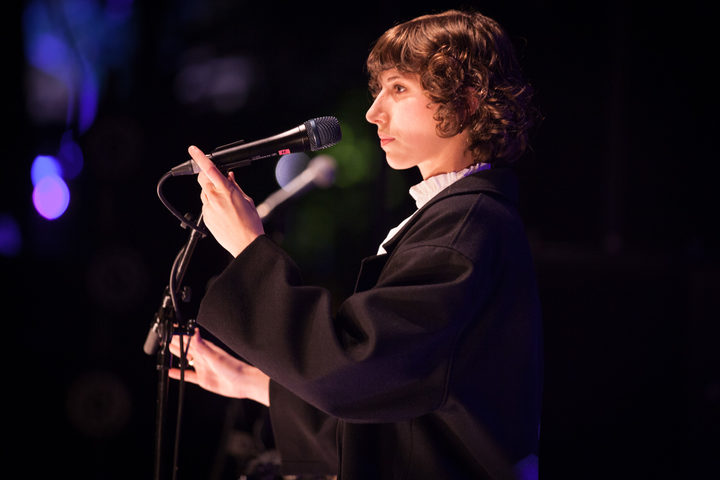 Having usually seen her in intimate and hushed settings, it was weird watching her play her usual set amid the clamour of a Friday night at Womad.

While she sang her introspective ‘Party’ an actual party was going on outside her bubble. And yet her intensity and intent didn’t waver. It was odd seeing and hearing her in this environment, but perhaps the oddness suited her.

There was more typical Womad fare up on the Gables Stage where Quebecois combo Le Vent Du Nord were in full flight with their lively mix of French-derived folk styles.

Rhythmically jumpy, and textured with the rare combination of fiddle, bouzouki and hurdy-gurdy, they got the large crowd dancing and joining in on the choruses of a love song about a lumberjack. Only at Womad.

The dancing carried on at the Brooklands Stage when veteran Ghanaian singer Pat Thomas played the first of two sets with his Kwashibu Area Band.

A star since the '70s, his music remains a time-capsule of that era and the music known as Highlife: a style of funk as intricate and unyielding as James Brown’s that defies you not to dance. It worked on the crowd like magic and ended with both performers an audience in a grinning, jumping frenzy.

The evening ended with, in a sense, a choice of club scenes. On the Gables Stage On U Sound founder Adrian Sherwood was performing a solo set, though really it was like watching him mix one of his classic dub-reggae productions in real time.

The bass shook, oscillators swooped and lovely voices floated in and out of the mix. It was familiar and warm, yet full of detailed surprises.

Meanwhile on the Bowl Stage, The Thievery Corporation showed their evolution from '90s dance duo to festival big band. With singers, rappers and live musicians and lots of crowd-pleasing cries of ‘Noo Zeeeland!’ they were an inevitable choice to close the first night.

But compared to what I’d heard elsewhere their rhythms seemed stolid, their once-touted bossa nova influences entirely absent, and the occasional bursts of sitar less authentic than ‘Norwegian Wood’. 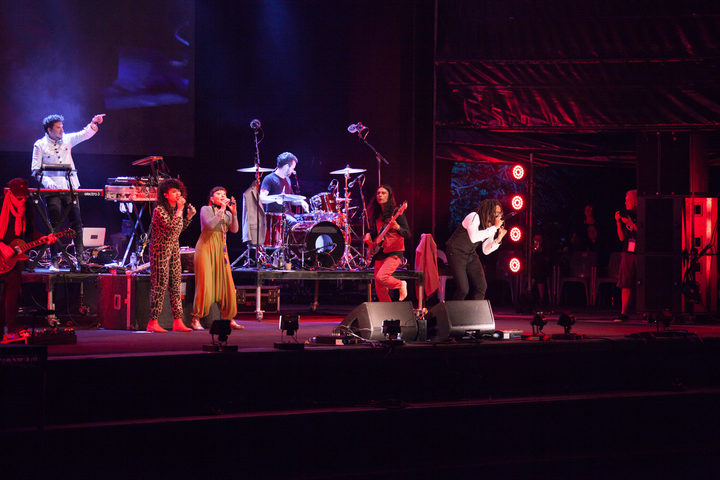 See the rest of our WOMAD 2018 coverage here.