Scientists and ethicists from seven countries, including New Zealand, are insisting on a global moratorium for editing DNA in human sperm, embryos and eggs. 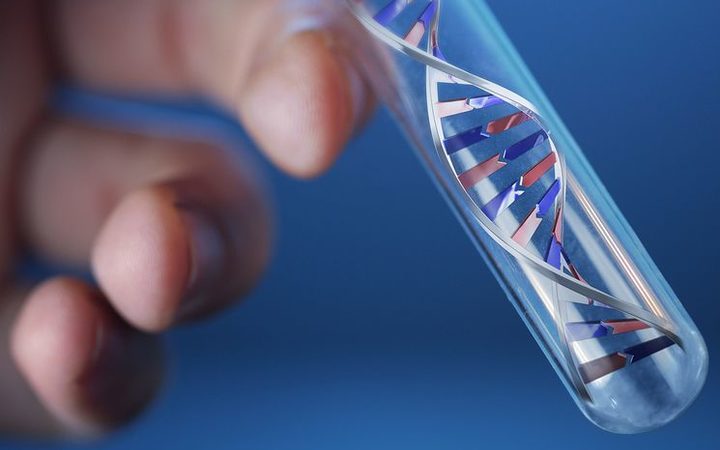 Last year, Chinese scientist Dr Jiankui He, shocked the scientific world after he gene-edited the embryos of twin girls to make them resistant to HIV using CRISPR technology.

In a piece published in Nature, researchers suggested a five-year moratorium and a new international governance framework to guide any future use.

"In many ways, He's human experimentation constitutes one of the fruits of his personal ambition, nourished and directly supported by China's authoritarian pursuit for a nation strong in science and technology."

Many scientists around the world condemned Dr He for his gene-editing experiment, especially as it involved heritable DNA, meaning it can be passed on to the next generation.

"We're in a case here where the science is coming ahead of the discussions that need to be had in society about the use of that science."

However, Professor Dearden added a moratorium may not be sufficient to stop scientists like Dr He.

"I think the question we really need to ask is, 'How did we get in the position where a scientist believes that they can just ignore all the ethical and legal implications of their work and go ahead and do it?'

"At least a moratorium is a step forward to ensure everyone recognises that there is something to be said for not doing this."

University of Auckland School of Biological Sciences senior lecturer Dr Hilary Sheppard said even in countries like China there were bans in place.

"He actually acted outside of the guidelines within his country, so I think what this moratorium is calling for is a very clear international framework, that sends a very clear signal both to scientists and the wider society that we are very serious about conducting ethical research within very tight guidelines."

Dr Sheppard said a five-year moratorium would allow society to have an open discussion that took into account the possible consequences.

For example in Dr He's experiment, his attempt to make the twins resistant to HIV could have caused other side effects.

"I saw some studies that seemed to relate to the fact that same gene could affect intelligence. It's not clear to me if Dr He knew that at the time but it really highlights the fact that when you start editing genes it's hard to really predict what the outcome of that may be."

But Dr Sheppard said there was still huge potential in editing adult cells instead.

"These are cells that don't contribute genetic information to the next generation."

She said in this situation scientists would be working with fully consenting adults, instead of embryos which did not have a choice in the matter.