Workers in the aged care sector say their experiences at work accurately reflect a survey that suggests staff shortages have impacted the level of care in rest homes. 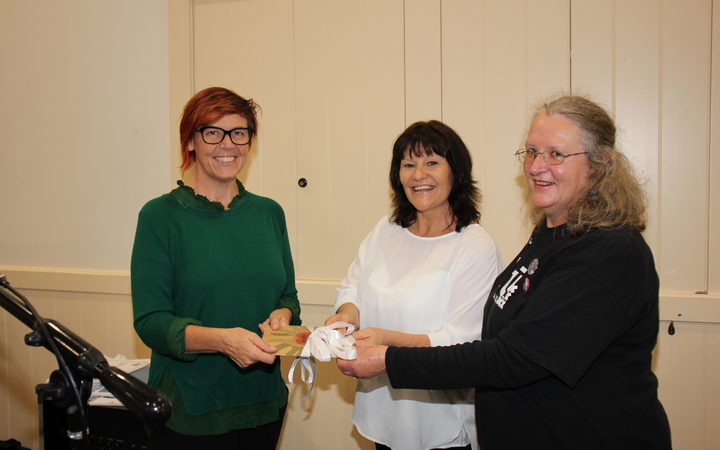 Eighty-three-percent of respondents to the survey of caregivers, conducted by the New Zealand Nurses Organisation (NZNO) and the E Tu union late last year, said care was either delayed or missed for most of their shifts due to staff shortages.

Yesterday the NZNO and E Tu union held a summit in Wellington where they released a report on the survey, In Safe Hands?

Sarah McMillan, a registered nurse and clinical manager of an elderly care facility in Northland, said the shortage of staff left caregivers guilty and ashamed they could not deliver the level of care they would like to.

She said the biggest impact was not missing a shower or not being able to answer a call for assistance, but the reduction in the quality of care staff can deliver.

"What I would like to see is ... a really good therapeutic interaction between our care team and our residents."

Sarah McMillan, a registered nurse and clinical manager of an elderly care facility in Northland. Photo: RNZ / Anne Marie May

Sakesh Prakash, an enrolled nurse working in a Waikato facility echoes those concerns, saying staff shortages at the facility he worked at meant residents were not given a shower every day, which led to other problems.

"When giving a shower [caregivers] do a full body assessment, so if someone has a pressure area on their back they'll notice it.

"Giving a quick wash [means] it's too late to see a pressure area, so after a few days it's deteriorated."

Mr Prakash said every shift family members often complained about their parents missing showers or shaves, or not being properly dressed as a result of a lack of staff.

"But they won't tell family members [they're short of staff] otherwise they might take their relative to another facility, which has happened in the past."

Another enrolled nurse, Nesa Potter, said she had about five minutes to get each of her elderly charges out of bed, brush their teeth and comb their hair, which turned the process into a production line.

"We are not delivering [the] emotional satisfaction of ... daily living. We're not providing that at all."

Those at the summit questioned why they were paid less than nurses employed by district health boards, and carers from overseas asked why their occupation was not included on Immigration New Zealand's skills shortage list.

Green Party senior citizens' spokesperson Jan Logie told the gathering she would take those concerns back to the Associate Health Minister Jenny Salesa.