Resthomes say they are exhausted by the constant struggle to find nurses to replace those they lose to better paid jobs in public hospitals.

Being the manager means she oversees everything from menus to maintenance, and she clearly loves it. But last year's pay deal between the Nurses Organisation and district health boards has accelerated an exodus of nurses from aged care into public hospitals.

That's led to an estimated 600 job vacancies for nurses in resthomes. 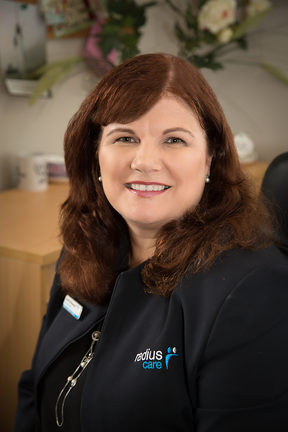 At Radius Taupaki Gables, Ms Winwood is now needing to also step in at times to do basic nursing duties.

"Some of the things that the registered nurses would ordinarily do like medical rounds with the GP, that type of thing," she said.

The resthome is down one nurse, and Ms Winwood said it took time to find and train someone new to the standard required for the elderly residents.

"You're just constantly spending time supporting RNs [registered nurses], mentoring RNs, getting RNs to the standard that you want them to be, because a lot of these RNs are coming from overseas."

She said nurses used to join the resthome and hospital and made it a career, but she was lucky now if they stayed two years.

Many other resthomes were in the same boat, she said.

"Certainly in the last 12 months it's been at its worst, I would say. And talking to other managers across the board, they're all looking for registered nurses, when we're at meetings where managers get together at the DHB and what not. We're all in the same boat."

"When you've got pay in the public hospitals at sometimes $5 or $6 an hour on average more, it is very difficult to hold onto our nurses."

"The increase equates to 0.43 percent of our overall funding, so it's not much. It's not enough but it's certainly better than nothing and it'll help it providers to be able to give their nurses a little bit more money, and stem the flow of our nurses going to work in DHBs."

Health Minister David Clark said he did not want to have a small increase in the maximum private contribution at this time, as well as the normal increase for the sector in July.

Mr Wallace said he understood DHBs were under major financial pressure, but so were resthomes.

"Some of those resthome providers can afford to pay their nurses more and they've done that, and we welcome that, but largely the make-up of the sector is trusts, not-for-profits, religious, welfare-based organisations."

DHBs' spokesperson Chris Fleming said the $8m was a stop-gap only while more work was done on full cost pressures covering all resthomes.

"We've found an interim solution but I acknowledge the pressure that the sector is under," Mr Fleming said.

"We need to be doing everything we possibly can to improve the ability to be able to recruit and retain within the sector, and we're going to have to face up to what are the real cost pressures in the contract round this year."

That next increase will take effect from July, but what it delivers for what many regard as a neglected sector compared with hospitals, is anyone's guess.