The finishing touches have been put on a stretch of State Highway in Northland badly damaged by a massive slip just over a year ago. 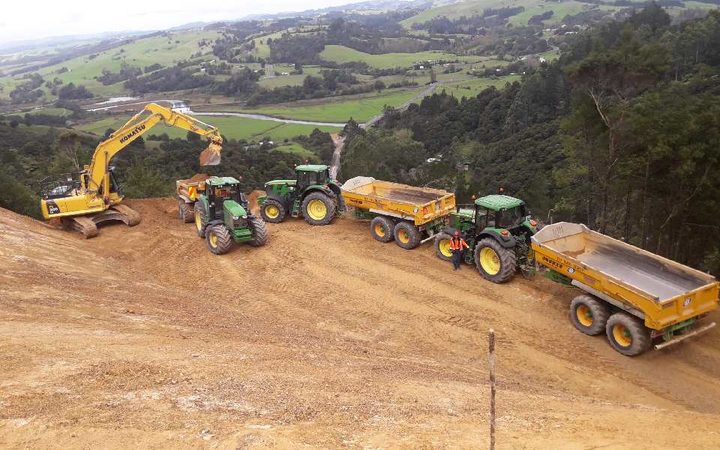 Contractors were hard at work clearing the slip on Lemons Hill in February 2018. Photo: NZTA

Locals and tourists have faced months of road closures and disruptions on State Highway 11 between Kawakawa and Paihia, after the slip came down at Lemons Hill last February.

The winding hill road road is the main tourist route to the Bay of Islands.

Weeks of persistent heavy rain last summer had weakened the hillside and the slip was followed by Cyclones Fehi and Gita, which hampered contractors.

The Transport Agency says resealing the section of road marks another milestone in the significant repair work.

The road has been open to two-way traffic since July, but the surface hasn't been able to be restored until now.

The sealing work has been able to go ahead because of the long, hot sunny days.