The parched Tasman area has had its first taste of rain in weeks, as farmers struggle with drought. 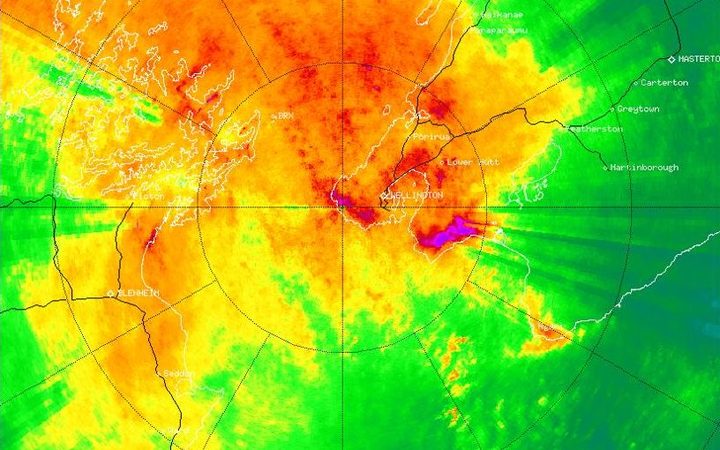 Rainfall accumulation in a 24-hour period from yesterday morning until 5am today. Photo: Twitter / @MetService

MetService said up to 30mm of rain fell across the district yesterday morning, followed by 9mm in the last 12 hours, and more rain is scheduled for Tuesday morning.

It said the rain in Auckland this morning could become heavy and thundery this evening, but a heavy rain warning in place for Gisborne and eastern Bay of Plenty has been lifted.

A few showers affecting Auckland this morning. The bad news is some could be heavy and thundery until this evening. The good news is that these showers are expected to ease this evening with a fine Sunday in store. For your latest forecast check https://t.co/tks2Q4pbWD ^KL pic.twitter.com/5yRmTzBcmD

Tasman District mayor Richard Kempthorne said the rain was welcome, but another 50mm was needed before grass would begin growing again, providing relief to farmers.

He said next week staff would decide whether enough rain has flowed into the Waimea River to boost the urban supply, and potentially relax water-use restrictions.

MetService said moist southeast winds could bring scattered rain or showers to eastern parts of both islands on Sunday.

On Monday, strengthening northerlies bring rain to the west of the South Island.

While parts of the country are seeing some much needed rain, the South Island is seeing much more blue sky today. Case in point, Wanaka currently sitting 15C and expected to reach 23C and remain mostly sunny. Latest forecasts at https://t.co/Yjbq0jxdqz ^KL pic.twitter.com/mx4KCHynrt

Keen swimmers are warned to stay out of the sea around Wellington until pollution washed out by yesterday's flooding settles.

Wellington City Council spokesperson Richard MacLean said the heavy rain has flush contaminants off roads and into the sea, so people should not swim for the next few days.

There were more than 100 phone calls to council yesterday from Wellingtonians reporting flooding yesterday, he said.

There's still some prospect of play today in the cricket test between New Zealand and Bangladesh at Wellington.

Rain has washed out the first day and a half of the match.

But the rain has now stopped and the covers have been taken off.

A super-sopper is being used to soak up water on the ground.

The weather is still overcast in the capital.

MetService said up to 70mm of rain fell in Wellington in the last 24 hours, and up to 100mm in the Lower Hutt suburb of Wainuiomata.

Further north, Niwa said Whanganui had 23.6mm or rain fall in an hour yesterday, making it the wettest March hour on record since hourly records began.