The head of Nelson Airport accepts that its new terminal building has struggled with overheating issues this summer, making working conditions difficult for staff. 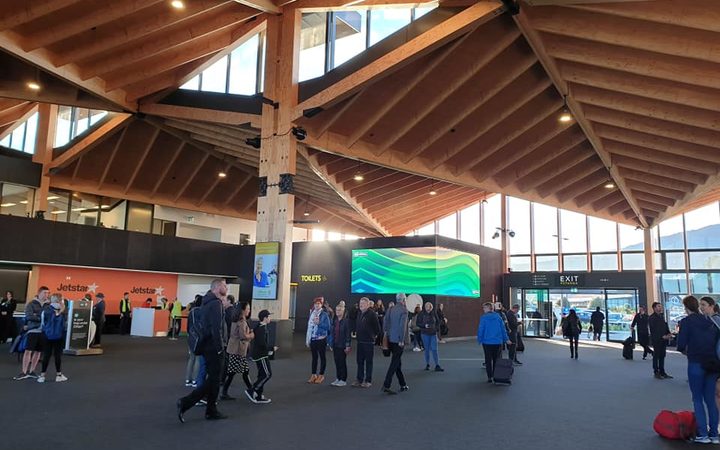 Nelson Airport's chief executive Robert Evans says the new airport terminal will be fully operational by next summer, so should be performing better. Photo: Supplied

Workers and passengers told RNZ they were surprised that it felt hotter inside the terminal than out and have questioned why it does not have air-conditioning throughout the building.

The first stage of the new airport's terminal was opened to the public last October.

It was designed with a natural ventilation system, so it would be as environmentally friendly as possible.

But as temperatures in the region soared over the summer, passengers like Selena Andreassend found the heat stifling.

"It was actually probably hotter inside than outside to be honest because there's no ventilation, there's no wind.

"I was surprised because it's a beautiful building but with no air-con, I'd rather be outside," she said.

Large fans had been put in the building to try to cool down passengers and staff, but Ms Andreassend said they did not have the desired effect.

"They don't really do much, I didn't feel cool from them, that's for sure," she said.

Staff working in the terminal who were members of the union E tū told their delegate it had been shockingly hot and the fans just pushed the hot air around.

"They thought the new design was meant to be one of these ergonomic type of arrangements where the heat was supposed to be transferred.

"It didn't seem to be operating that way, at times people felt like they were having a heat-stroke it was so hot," he said.

Nelson Airport's chief executive Robert Evans acknowledged that the temperatures had been very high and the heat wave took them by surprise.

"I think they were into the high 20s and maybe up to 30 degrees at certain points.

Stage two of the build would be finished in October and once that was completed, Mr Evans said overheating shouldn't be a problem.

"I think we just need to wait and get the building completed and fully operational and then we'll be able to see it really perform.

"We've just been slightly caught out, we accept that. We've been caught out by a very a warm summer and the building not performing the way it should," he said.