The mayor of Whangārei says the city's already preparing for the big changes that the Hundertwasser Art Centre will bring when it opens in 2021. 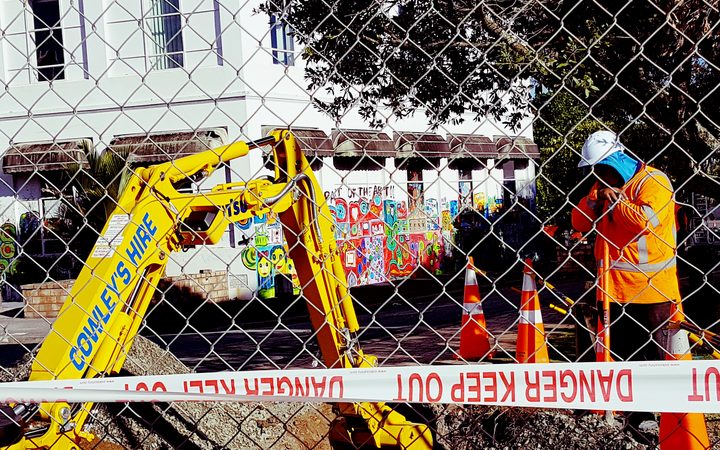 Contractors have completed $3 million worth of foundation work for the $26m project, and they start pouring concrete floor slabs this month.

Whangārei will need more toilets and car parking for the expected 200,000 visitors a year, and cruise ship crowds, the mayor Sheryl Mai said.

But she believes the town will be ready.

Ms Mai said the council's building a big new carpark with 270 spaces over the river from the Hundertwasser site, and will build new toilet blocks close to the building at the Town Basin. 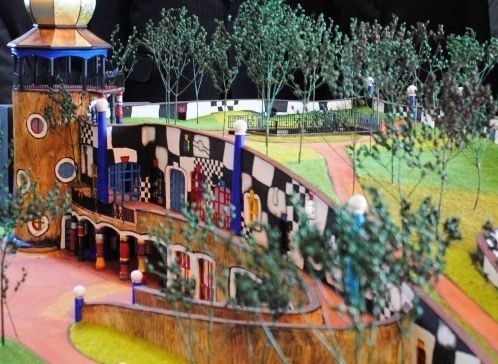 A model of the Hundertwasser Centre Photo: supplied

Some councillors have queried the point of having a carpark 20 minutes walk away, but the mayor said people these days did not expect to be able to park close to major attractions.

Councillor Stu Bell is one of those saying that's debatable.

"It might be okay for tour buses to drop people off and then go and park around there but for anybody that's coming in their vehicles to Whangārei, you know if you have a young family or you're elderly ... in the holiday time when it's warm you won't be too keen on walking that distance."

Below ground, 75 steel and concrete piles have been sunk nearly 30 metres to bedrock and work's underway on footings and lift shafts.

"It's quite a big undertaking because it's 150 cubes of concrete that need to go into it, when we pour the first slab we've still got concurrent activities happening like ground beams and backfilling and then the other slabs.

"But once we've poured that first portion of the slab then we'll start on the walls."

Mr Brown said the Hundertwasser build is running on time and on budget.