The government is putting another $6.4 million into Whangarei's Hundertwasser art centre project. 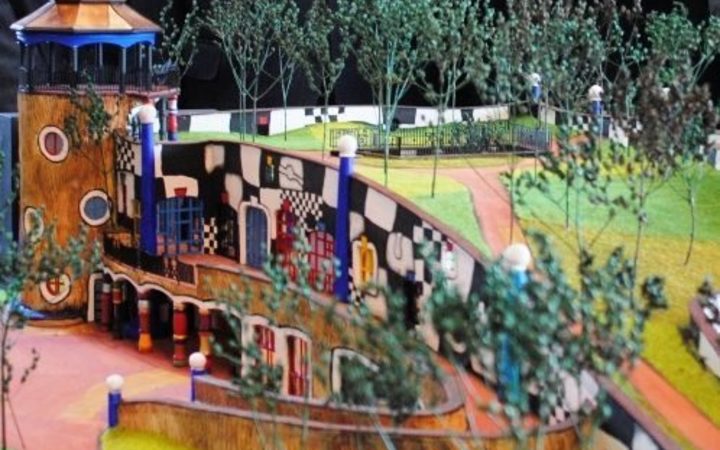 A model of the proposed Hundertwasser Centre Photo: supplied

Community fund-raising for the building proposed by the late Austrian artist Friedrich Hundertwasser met its official target of $21m last June, with a $3m grant from the Ministry of Arts Culture and Heritage.

But since then the cost has risen to $26m, partly from inflation but also because engineers have recommended design changes to strengthen the foundations.

The Whangarei Art Museum Trust, which is to run the building, said the latest government grant would allow the building to go ahead.

It will feature a Māori fine art gallery, and original works by Hundertwasser on loan from the artist's foundation in Vienna.

"We are delighted the government sees the value in helping us create what will be a world-class iconic building not just for Whangarei but for the entire country," trust chairman Grant Faber said.

He said the new funding covered construction-cost inflation, increased contingency provision, design changes and operational expenses that could not be included in the fundraising drive. 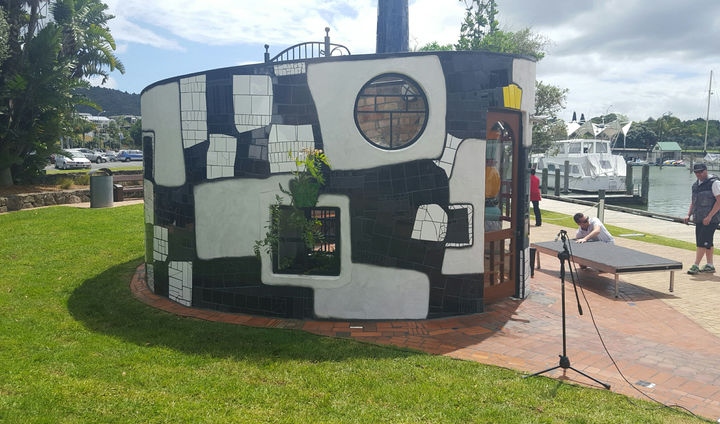 He Kākano - the tiny building planned as a precursor to the Hundertwasser art centre Photo: RNZ / Lois Williams

Work on a new foundation design had been underway when the fund-raising target was reached last June, meeting the deadline set in a public referendum, he said.

But the solution for the foundations on reclaimed harbourside land were not finalised by engineers until early this year.

"We're happy with the result but it's been complex and challenging due to the nature of the site and the weight of the living roof," Mr Faber said.

The building will feature a rooftop garden typical of Hundertwasser designs, including 70 trees.

The region's development agency Northland Inc said the gallery would attract more than 200,000 visitors a year and create 60 construction jobs, as well as 30 full-time jobs when it opens.

The trust has been evaluating construction tenders for the Hunderwasser building but has not yet revealed the outcome.

Mr Faber said the trust would announce further news about the project tomorrow at a public event in Whangarei's Town Basin.