The largest solar power system to be installed at a New Zealand school officially opened today in the Far North. 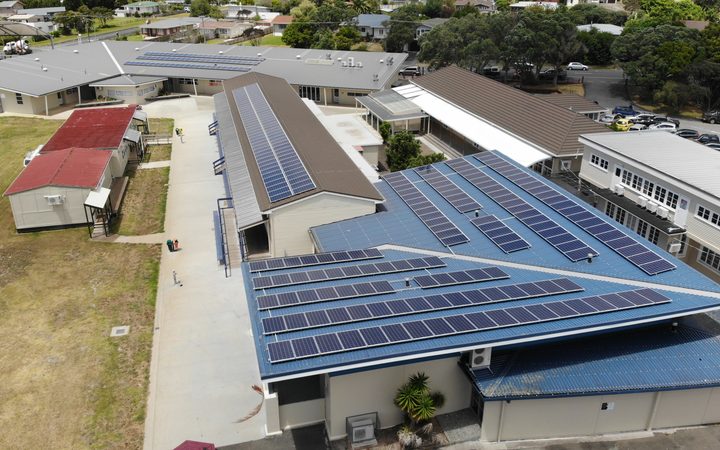 Kaitaia College has put 367 solar panels on the roofs of the school buildings. Photo: Photo / Supplied

Kaitaia College has hooked up with the energy company Superpower Technologies, and built 367 solar panels on the roofs of the school buildings.

Brendan Winitana, from the NZ Sustainable Energy Association, said it would provide about 60 percent of the school's electricity needs in summer.

He said the school would pay the system off over 10 years - but it would be saving money from day one and over 25 years it'll save hundreds of thousands of dollars in energy costs.

Mr Winitana said surplus power from Kaitaia College would be provided to the community at cheaper rates, through the Trustpower's Solar Buddies scheme.

Kaitaia College Principal Jack Saxon said the school was working with other groups, including Muriwhenua iwi, to develop an integrated curriculum around renewable energy.

"We are also planning to integrate energy monitoring within the junior curriculum, focusing on energy conservation," he said.