The man who died during a jet boat race near Wanaka has been described as a passionate competitor. 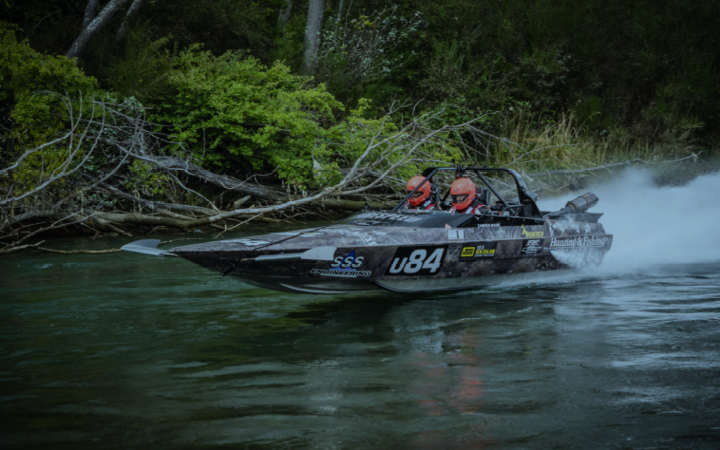 The New Zealand Jet Boat River Racing Association confirmed in a statement that the boat left the water during a straight section of the river, skidding along and crashing into the river bank.

It said the association sent its condolences to Mr Moore's partner, three children and extended family.

"Cameron has always been a passionate competitor and supporter of jet boat river racing, as with other motorsports exploits he was involved in and is well known in recreational outdoor pursuits."

Association president John Derry said it was a sad day for the jet boating community and Mr Moore's friends and family.

"We all know and accept the risk of competitive motorsport but in our small, close-knit community, this is a particularly difficult time," Mr Derry said.

The crash occurred about 1.15pm during the first of the two afternoon race legs.

The rest of the race was suspended following the crash.

The boat's navigator 34-year-old Adam Wilton of Rangiora is recovering in Dunedin Hospital with a concussion and broken fingers.

Two Maritime New Zealand investigators have been at the scene of the crash since Sunday afternoon.

Racing jet boats can reach speeds up to 225km/h.

Emergency services faced steep and rocky terrain to reach the boat, which was about 20 metres up the river bank.

It was the second crash involving a jet boat at the weekend, after nine people were injured during a tourist trip of the Shotover River near Queenstown on Saturday.