Six60's promoter says the band will play rain, hail, or shine ahead of tonight's sold out Auckland show. 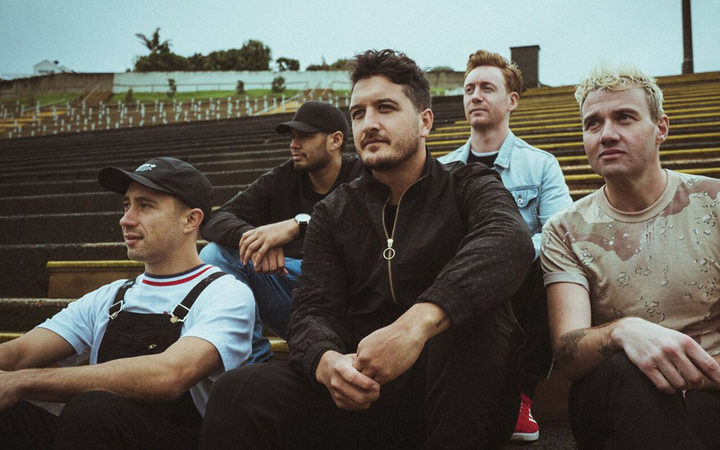 Six60 is set to play at Western Springs stadium tonight whatever the weather. Photo: Joe Lawry

It's expected 50,000 people will fill Western Springs stadium in what the promoter says will be the biggest show of any New Zealand artist in music history.

The band's promoter, Brent Eccles, said the forecast stormy conditions were expected to clear by the time the band takes to the stage.

"We play rain or shine," he said. "But we have some very astute people looking at weather patterns for us and we don't believe there will be any rain during the show.

"We think the rain will stop about midday."

He said if wet weather does set in, it will only add to the concert's atmosphere.

Mr Eccles said concert-goers wanting to err on the side of caution could bring a poncho or raincoat, but umbrellas would not be allowed in the venue.

The concert is expected to start at 5pm, with opening acts Drax Project, Sons of Zion, SWIDT and IllBaz.