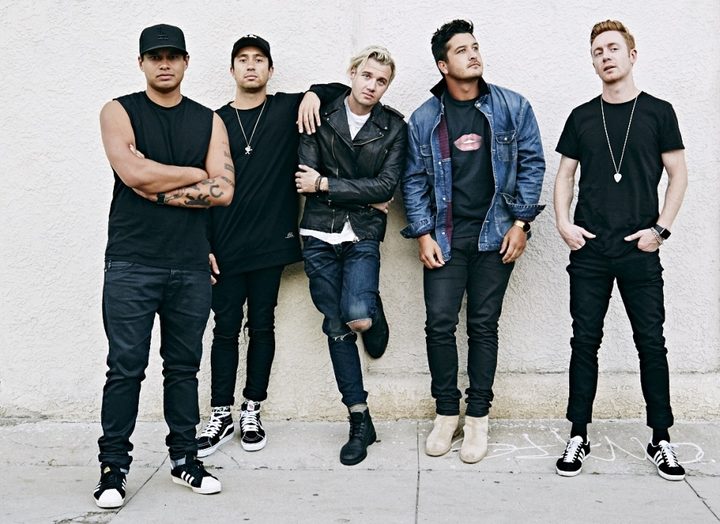 Hussein: Six60 are the perfect New Zealand band to argue about. They're somehow both critically unloved, yet immensely popular at the same time. On one hand, they're the Ed Sheeran or The Feelers of their age. On the other, people love them so goddamn much that my cousin even walked down the aisle to one of their songs (they're getting divorced, unfortunately).

Katie: It’s like their music just exists, and has always existed, transcending space and time to provide the soundtrack to any and all things requiring a benign yet cheery Kiwiana atmosphere (summer BBQ’s, TV ads, doomed weddings).

There are no bad Six60 songs, nor are there any good ones. There is just the Six60 musical cannon, where each and every Six60 song sit together on a spectrum of essential Six60-ness.

It is to this hallowed hall of fame that six new songs have just been added with the release of the band’s new self-titled EP. Unleashed on the public one by one over the last six weeks, the collection is finally complete.

But which of these brand spanking new Six60 songs is the Six60-est? We’re here to find out.

Katie: Head-noddy and hummy and sing-a-longy with a nice catchy hook, ‘Rolling Stone’ - a break-up song - fits nicely into the Six60 oeuvre. I especially appreciate the little woop-y way he sings “you” in the chorus and invite anyone who has heard the song to try and rid it from their brain (you can’t).

In fact, by being actually, objectively OK, ‘Rolling Stone’ threatens to deviate from the Six60 universe altogether. A nice tune, pared back sound and uncharacteristically specific and relatable subject matter?

Rating: 330/660 (points added back for the chorus taking up approx two whole minutes of the song’s three-minute length)

Hussein: This song is about as unstimulating as every Six60 interview I've ever read or listened to, which makes me wonder: how can a band so huge have so little personality?

Maybe it's got something to do with their new corporate culture, as outlined in this recent story, that has also seen them undergo sessions with an All Blacks mental skills coach.

They've even had to allocate 30 minutes after each show to celebrate their performance since they were taking things “a little too far” and “launching into scathing critiques of their live shows the second they walked off stage”.

Sounds like a really fun band to be part of and not at all like the plot to Some Kind of Monster.

Rating: 0/660 (but I would watch their documentary if they made one)

Katie: Performed in falsetto, ‘Closer’ tells the story of a man seeking to attain great physical proximity to a (possibly dancing) woman. With nary a description of the woman, the circumstances of their relationship or even why exactly he has become so focused on this particular goal, the track nails Six60’s penchant for writing songs ostensibly about something but actually about nothing.

Dissolving into a melodic repetition of the words “closer” and “celebrate” (what we are celebrating is also unclear) towards the end, the song is like a list of hashtags beneath a very inoffensive, but somehow still upsetting, Instagram.

Hussein: 'Up There', as in heaven, is where Six60 tell us we’ll find “Johnny, Uncle Bob and Freddie” aka John Lennon, Bob Marley and Freddie Mercury.

I shouldn't find a song about dead people funny, but this is 100 percent hilarious. The bridge where the singer continually shouts “show me the music” is also a highlight. As is the ending where they just list all the late musicians they can think of. Do you think Six60 use their own beer when they pour one out? I hope so.

Rating: 420/660 (now that I think about it, this song is probably just about getting high)

Katie: While on the surface a very Six60 song - extremely catchy, nice strong beat, that bloody name - I am here to say that unfortunately, ‘Vibes’ is, in fact, an unwise detour from the very core of the Six60 ethos.

Getting off to a good Six60 start (repeated ‘oohs’, descriptions of drinking and smoking, the unabashed use of the word “aks”), ‘Vibes’ weirdly segues into an extended firearms metaphor for its verses:

“I’m a loaded gun / got my aim on you / I’m lucky that my wish came true / it turns out you ain't bulletproof.”

Hussein: Congratulations to Six60 for writing the perfect Six60 song!

'Don't Give It Up' is basically one big unimaginative feel-good singalong about nothing in particular, which is bound to annoy critics and please just about everyone else.

There's a reason their last album has been in the Top 40 charts for over 140 weeks and songs like this are it.