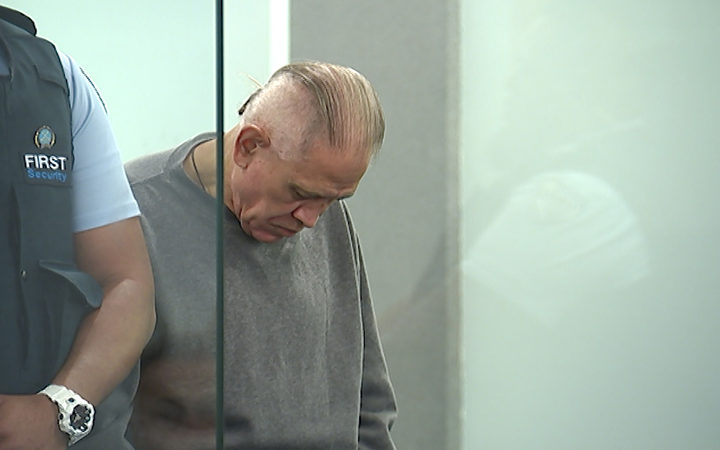 Malcolm Rewa as the verdict was announced at the High Court in Auckland. Photo: POOL

Rewa, 65, has been on trial in the High Court at Auckland since February 11.

This afternoon after three hours of deliberations the jury returned with a unanimous guilty verdict.

Rewa kept his head down, staring at the floor, as the verdict was read out. It took less than one minute before Rewa left the dock.

Those sitting in the public gallery were quiet.

Ms Burdett was found raped and bludgeoned to death in her Papatoetoe home on 23 March, 1992. 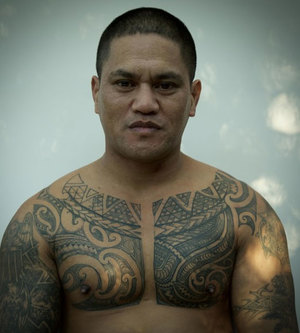 A year to the day Ms Burdett was killed, Teina Pora, 17, was arrested and charged with her rape and murder after a false confession.

He was found guilty of both charges at his first High Court trial in 1994 and again at a re-trial in 2000.

Mr Pora spent more than two decades in prison before the Privy Council quashed his convictions in 2015. He later received more than $3.5 million in compensation.

"I'd like to acknowledge all the witnesses that came forward to give evidence during the trial. It's not easy 26 years later to relive some traumatic experiences," he said.

He added police would be in contact with Burdett's brother, Jim Burdett later this afternoon.

"He [Jim Burdett] was quite clear, he wanted a third trial. We're happy that we were able to get in a position where we had a third trial and obviously the result we got today."

He also acknowledged the Crown and police investigation team for their work in preparing this case for trial over the last two years.

When 'justice and truth merge' 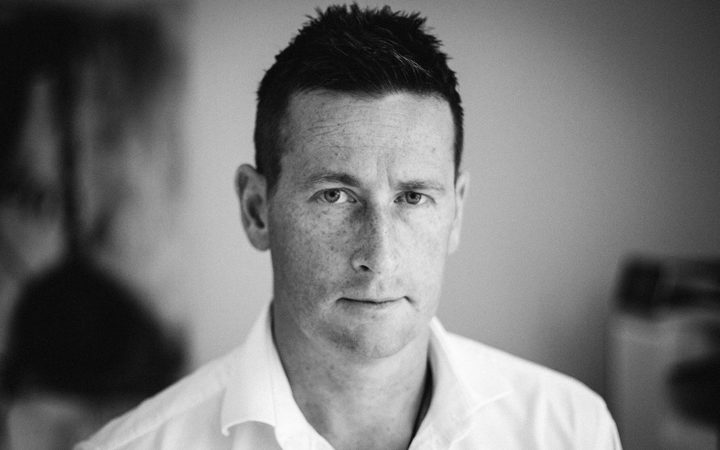 Private investigator Tim McKinnel said he was thrilled with the verdict.

He said he was "pleased, primarily for the Burdett family. Susan's family and friends have endured 27 years of hardship".

Mr McKinnel said Rewa was a "serial rapist and a murderer".

"Monsters, in my view, are not born. So, there is probably a story to tell from his point of view, in terms of how he ended up being in this position.

"But, that's not to take away from the pain and suffering he's inflicted on so many over decades."

For Teina Pora, who was wrongfully convicted and jailed for Ms Burdett's rape and murder, today was a really important day, he said.

"[From] my very first meeting with Mr Teina - 10 years ago - this is something he talked about happening. It wasn't about him, he was, of course, wanting to get out of jail for something he hadn't done, but at the forefront of his mind was Susan and her family."

Malcolm Rewa had already been convicted of raping Ms Burdett, but juries in two separate trials couldn't decide if he murdered her.

Once an integral part of the Crown's case against Rewa, Mr Pora only got a brief mention in his third murder trial.

The Crown's case was that Rewa, in the course of sexually assaulting Ms Burdett, murdered her with a baseball bat she kept for her own protection.

Ms Burdett's body was found, face up and wrapped in a duvet on her waterbed two days after she died.

She was naked from the waist down; her bare legs crossed and dangling over the side of the bed.

A blanket was placed over her chest and a bra over her eyes.

The way Ms Burdett was found was important to the Crown's case, as the prosecution argued features of her case bore "the hallmarks" of Rewa's previous crimes. 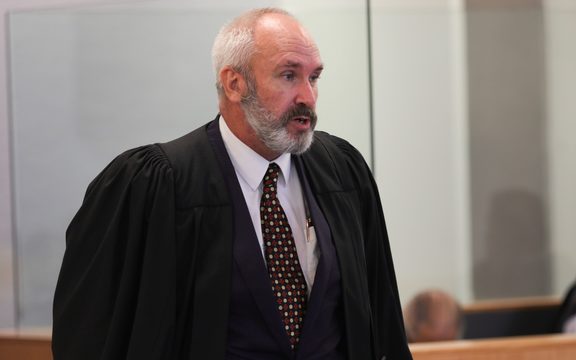 Rewa's lawyer Paul Chambers said his client was "pretty calm" about the result.

"He always felt he was going into this with a likelihood that it would be hard to get a fair trial," he said.

"I think Mr Rewa is just questioning how a jury gets through 400 pages of evidence in less than three hours," he said.

"I think the trial process was fair, I think the judge's summing up was fair. He [Rewa] has concerns that a jury came in so quickly."

He wasn't sure about an appeal at this stage, but said if it were to happen, "it's going to happen without a motion".

"We're going to sit back and get over what's happened today and try and think of this carefully and logically and whether it goes ahead or not."

He said Rewa still stood by his word that he didn't commit the murder.

Twenty previous convictions for sex attacks Rewa carried out between 1987 and 1996 were introduced as propensity evidence in the case; intended to show Rewa followed a pattern of behaviour.

Crown prosecutor Gareth Kayes said in many of these cases Rewa's victims were stripped naked from the waist down, had bedding covering their upper half and their legs were positioned off the side of the bed.

"They bear a number of significant similarities to the offences he committed between 1987 and 1996, and the reason why Ms Burdett's rape and murder bears those similarities is obvious," Mr Kayes said. 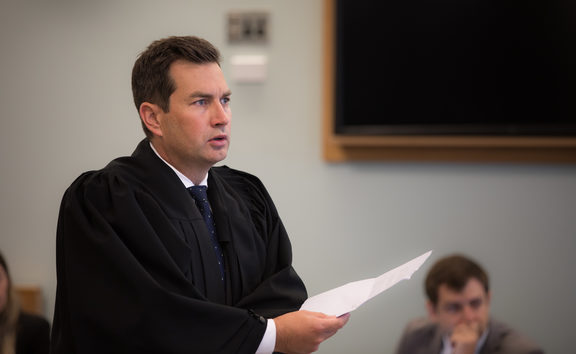 Rewa has denied and continues to deny raping Ms Burdett, in spite of his conviction for her rape and the fact his DNA was found inside her.

Rewa was called as the first witness in his defence case and told the court he met Ms Burdett at her workplace in 1990 and sold her ecstasy when she was having marital problems.

Rewa said they started having sex in late 1991 and slept together at his house, in his truck and underneath the trig station on Māngere Mountain.

He told the court they shared a pill of ecstasy, swallowing it with wine, before having consensual sex the night she died.

Winsome Ansty later told the court Susan Burdett, who she described as her best friend, had told her she was secretly seeing a man called Mike before she died.

She said Ms Burdett told her the man was Māori, had gang connections, and was married with kids. 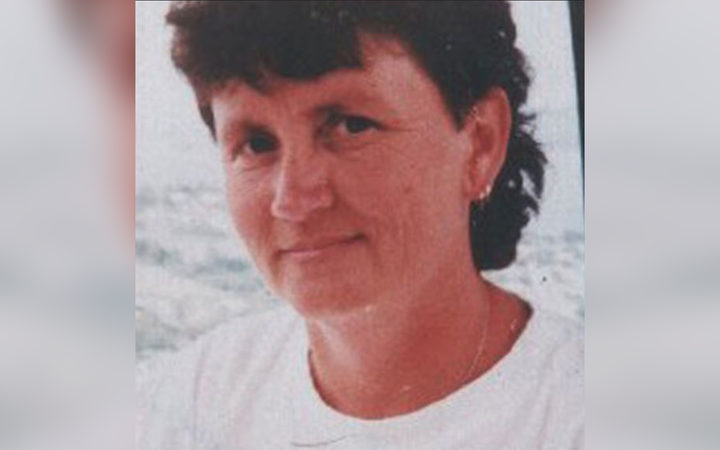 Rewa, who was a member of the Highway 61 gang, also goes by the names Hammer and Michael Lewis.

Mr McKay, of Whangārei, was raised by his paternal grandparents after Ms Burdett had him when she was 16 years old.

They met for the first time when he was 20 and discovered they shared a love for tenpin bowling.

He told the jury he was out playing darts in Whangārei the night his mother died, returning home around 11pm.

Mr Chambers told him he had "ample opportunity" to drive to Auckland, kill Ms Burdett, and drive home in time to go to work.

The lawyer said Ms Burdett had amended her will since meeting her son and he was in line to receive a $250,000 inheritance.

It was a claim strongly and repeatedly denied by Mr McKay, who told Mr Chambers he'd got it completely wrong.