At the Teapot Valley cordon this morning, police and Civil Defence emergency staff were letting only residents through. 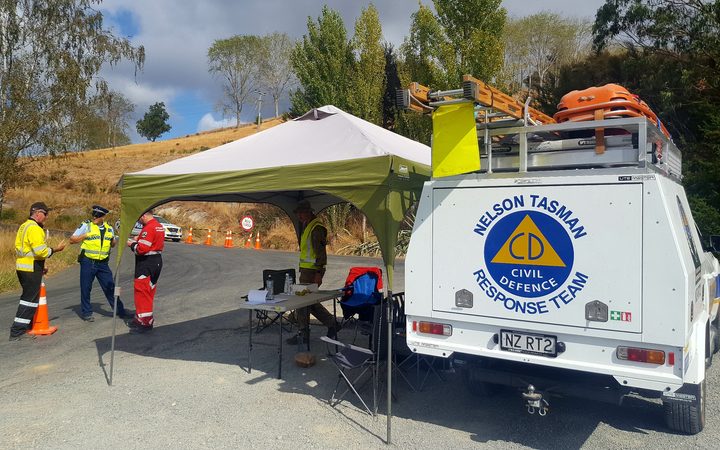 The cordon at Teapot Valley this morning. Photo: RNZ/Tracy Neal

Cars and utes laden with household gear, and the dust of dry roads in parched rural Tasman, made their way through the checkpoint.

They were among the last group of evacuated residents from the Tasman wildfire, allowed home today for the first time in more than a fortnight.

Many of the 250 residents from 83 properties in the Redwood, Teapot and Eves Valley areas filed through the cordons from 8am today, while others were not yet able to return to their smoke-filled homes.

Police warned them not to plan any celebrations to mark being home, as guests were forbidden.

Gary Hall said from his car as he was heading through the cordon, there was only one word to describe how he felt.

"Wonderful - wonderful. Two weeks is a long time to be not knowing where you're going to live, or stay the next night." 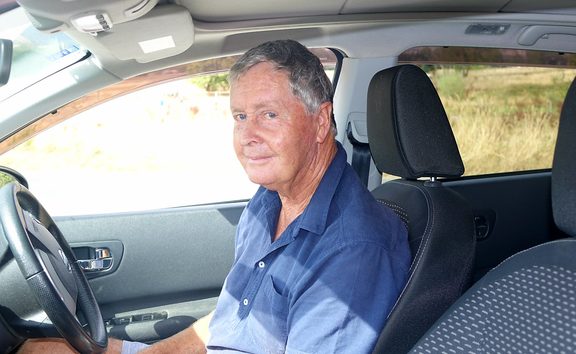 On the other hand, Eves Valley resident Tim King said the family's 1884 home was not the nicest place to be at the moment.

"No, we won't be staying in our house for a while because it's quite smoky.

"Luckily the people we're staying with, they're now away for a couple of weeks so we're going to stay there while we let the house air out and do the things we need to do.

"We'll need to work with insurance over what may need to be done in terms of cleaning and that sort of stuff."

At the height of the evacuations, 3000 people were forced from their homes across a wide area of the district.

"It has been challenging and it's also been interesting to be on both sides of the event - for want of a better term, and to feel the frustrations and challenges of being affected at the same time as going in and seeing the organisation that's trying to address the issues as they arise." 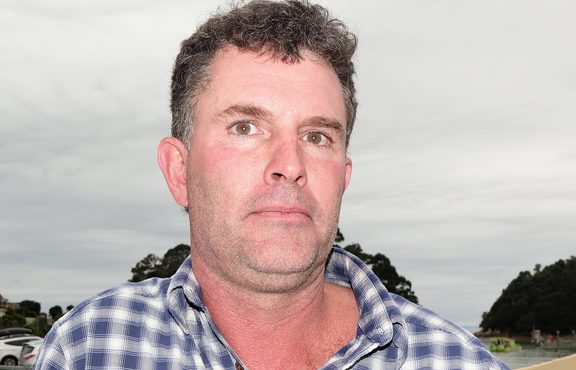 Eves Valley resident and Tasman District deputy mayor Tim King said his family won’t be able to go back home for a while, as the house is too smoke-damaged. Photo: RNZ / Tracy Neal

Christine Hein-Patriok and her husband Volker Patriok, moved to Redwood Valley nearly four years ago to escape the Christchurch earthquakes.

Firefighters used water from their swimming pool and that probably saved their house.

"It's great to be back, even so, when you come up here and see the landscape in black and white, like a winter landscape - it's a bit depressing.

"But on the other hand we can just do everything new outside so that'll be a good challenge."

Ms Hein-Patriok said being away from home for 16 nights, without knowing when they might return, was difficult.

"You know, you don't have any control over what's happening next... it's really not a nice feeling, so to be home and feel you have control over your life again, that feels much better."

While access was granted from 8am today, Civil Defence controller Alec Louverdis said people near the fire zone needed to be prepared to evacuate again if needed.

Rachel Lawry of Teapot Valley was back home now, but was keeping an eye on the weather.

She was not taking any chances with allowing her horse back home just yet.

"Because they were concerned about the gale-force winds on Monday, so with the combination of possibly no rain from the cyclone [Oma] and the front coming up with possibly gale-force winds, which means the helicopters will not be able to fly." 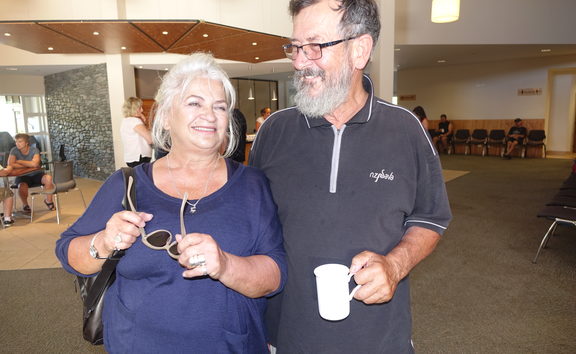 Redwood Valley resident Christine Hein-Patriok and her husband Volker Patriok say their property is ruined, but they're grateful to still have the house. Photo: RNZ / Tracy Neal

Ms Lawry said that would leave any flare difficult to contain.

Alec Louverdis said support would be ongoing for those who chose not to return home.

He said the state of emergency was still in place, and hundreds of people remained on firefighting and support duties.

All were now hoping for some much-needed rain to quell the remnants of the fire that was still burning underground, and to ward off the impending serious drought.