Staff at New Zealand's largest secondary school say they have resolved a stoush over a dress code that students accused of being sexist and shameful. 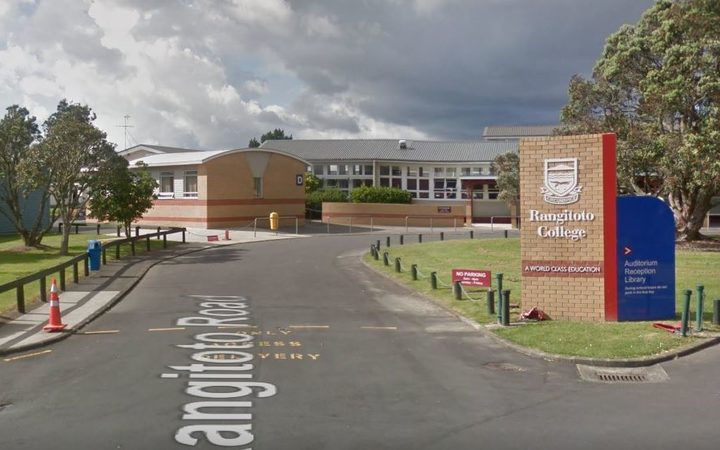 Rangitoto College students posted a petition on the website change.org on Tuesday, calling on staff to rethink the Year 13 dress rules.

As of Thursday morning it had more than 1300 signatures.

Year 13 students at the college do not wear uniform, but on social media, allege they were told that wearing certain items like V-neck tops or sports leggings could arouse male teachers.

Students said that made them feel unable to be themselves.

The college's website asks males and females in Year 13 to wear smart-casual workplace attire, with no offensive slogans, jandals or shoe-string tops.

Students are told that hands-by-side, the hemline of their shorts, skirts, and dresses should be at fingertips or below, and the school advises that "a level of professionalism" is expected.

All descriptive information about the petition has been removed, which principal Patrick Gale said comes after clarification with students.

He denied anything was said about male teachers potentially being aroused and in a letter to parents, said students now appreciate the need for dress standards.

"The Board of Trustees and Senior Leadership Team to Rangitoto College absolutely refute the suggestion that the decisions to respond to the dress code violations are in any way influenced by anything other than a desire to uphold the current policy," he said.

"Rangitoto College has high expectations of students and this extends to the way they present themselves, either in school uniform or as Year 13 students wearing mufti."

Despite little information about the petition being visible on change.org today, dozens of people have continued to sign it.