Dozens of parents are calling for long pants to be part of the uniform at an Auckland primary school after being told they are too expensive. 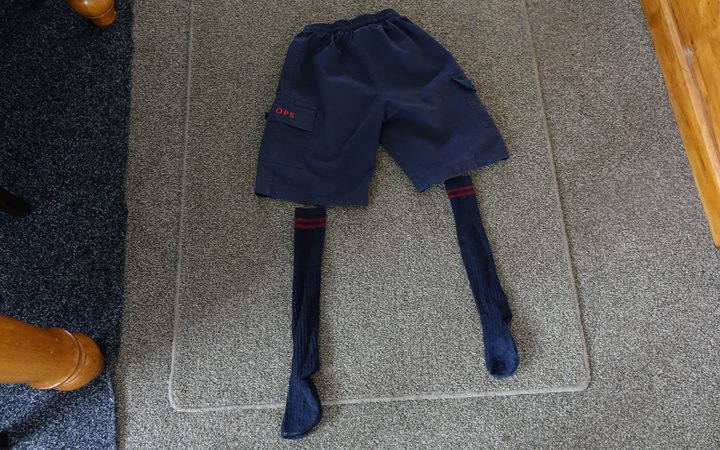 Wearing shorts in winter has proven a hot topic for some mothers. Photo: Supplied

Boys and girls at Owairoa Primary School can't wear trackpants or trousers in winter because they are not an option.

Jaime Travis' 7-year-old son Levi goes to the school and she said he was always talking about how cold it was to wear shorts in winter.

Miss Travis found it strange that the school did not have long pants as a uniform option.

However when she raised the issue with the Board of Trustees, she was told it would be too expensive and other schools in the area all stuck with shorts.

"Levi was so disappointed and I felt like I had failed him a little bit," Miss Travis said.

"I thought, no, I'm not going to just let it slide, there's absolutely no valid reason why [they can't have long pants] - they're just kids and they're cold." 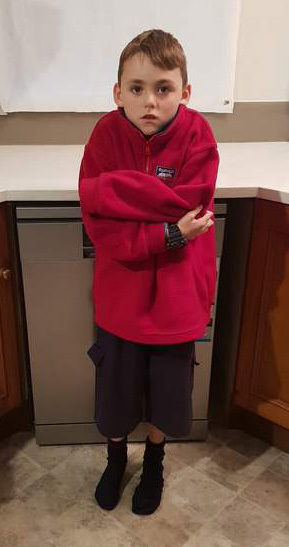 Miss Travis was told long pants would cost $48.50, which was less than the school jumper, currently priced at $53.50.

Not satisfied with the board's response, she set out to appeal the decision.

Miss Travis went online and asked parents of other kids at Owairoa Primary what they thought.

She said there was a flood of support for long pants with ex-students also getting in touch.

"Lots of people were commenting saying, 'what, we used to wear trackpants when I went there'," she said.

"I never actually got told by anybody ... that there used to be [trackpants]."

The Board of Trustees and the principal of Owairoa Primary School declined to comment on the issue.

But Nathalie Melville, whose son Ryan goes to the school, said he wanted to wear trousers too.

"I'm sitting here saying, 'well you can't, the rules are that you have to wear shorts' and he's like, 'but I'm really cold'."

Miss Travis sent letters of support for long pants to the board last night and was told earlier this afternoon it would now conduct a survey.

Those results will be discussed in a month's time at the next board meeting.

Miss Travis said that was ridiculous because the board already received statements from dozens of parents who wanted the option of long pants.

By the time the issue gets settled, summer was likely to be here, she said.

While she thought the teachers and the school itself were fantastic, the experience of trying to keep her child warm has shocked and disturbed her, she said.