Wellington commuters are being warned to expect more cancellations as a shortage of both train and bus drivers in the region continues. 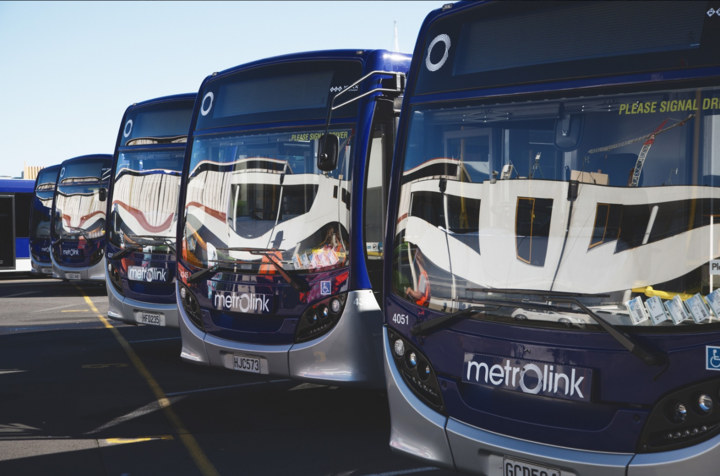 Bus operator, NZ Bus, and Wellington's regional train operator, Transdev, fronted the committee on what the companies said was an industry-wide shortage of drivers.

NZ Bus chief executive Zane Fulljames said that its company was short of 13 drivers in Wellington because it couldn't get any drivers to show up.

"It went from 10 or 12 candidates [in training] a week and it actually took a dive to zero. Currently we have two people.

"The environment has changed so rapidly - particularly for us as the incumbent - that we're now competing within a limited pool."

Council figures show that the shortage of drivers has led to the cancellation of almost 5 percent of NZ Bus' services over the last two weeks.

Mr Fulljames said he could not compete with other companies in the region where people may prefer to work as it is closer to home.

The company also had a shortage of 60 drivers in Auckland, Mr Fulljames told the regional council.

Auckland NZ Bus driver Nathan Whare said many experienced drivers were leaving the profession because it was no longer attractive.

"There's not much time left for people to bond with their families and you want to couple that with what we get paid - it's really low and you could go Monday to Friday doing whatever job and get similar pay."

Transdev is currently experiencing record-high turnover, with a predicted driver shortage this year of 12 percent. The company currently employs 107 drivers.

Its chief operations officer Mike Fenton said there was not enough people coming through to replace leaving drivers.

"Our drivers take about a year from advertising the job to when they're fully trained and can be used.

"They're required to give two weeks' notice; so we're getting two weeks' [to replace leaving drivers].

"We will have a reasonably significant driver shortage until late this year, likely to be about November, before our training catches up with that very intense recruitment."

Mr Fenton said that at least eight of its drivers had resigned to work for KiwiRail, as the heavy freight train operator expanded its operations.

It now only has eight trainees.

Both NZ Bus and Transdev told the council committee they were pushing to recruit more drivers but record high employment and competition with the freight industry was making it difficult.

Mr Fulljames said the company was lobbying government to get drivers declared a national skills shortage.

It wasn't good enough for regional councillor Darran Ponter, who said that other companies had managed to get enough drivers.

"The [Wellington] Regional Council will be on this company's case in terms of ensuring they up their game.

"The bottom line here is that for Wellingtonians, we're leaving people stranded on railway stations and bus stops because we don't have enough drivers."

Because of the shortage, there will be bus replacement services on the Johnsonville train line in the afternoon starting from Monday.

In the meantime, the regional council has been looking to give school bus services to another operator until NZ Bus can find drivers.