A woman fighting a cat ban in a Southland settlement says the planned ban was kept hidden, but the council says it sent notices to everyone in town. 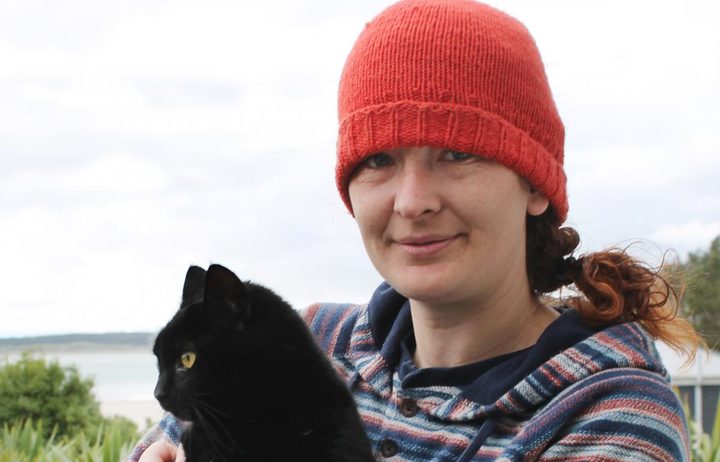 Resident Nico Jarvis said about 60 people live at Omaui, on the mainland opposite Stewart Island, and 47 of them signed a submission against the cat ban.

At community meetings, only three people said they had received letters from Environment Southland with details about the cat ban, she said.

It had been 'buried' in the regional Pest Management proposal, Miss Jarvis said.

The contents pages of the Regional Management Proposal do not mention a cat ban, but it is mentioned 88 pages into the document, part-way down Table 26, under the subheading "Plan Rule 30".

No-one from Environment Southland came to two community meetings about the ban that have been held in the town, since the news broke late last year. And Miss Jarvis said questions about the finer details had not been answered.

She plans to speak against the cat ban at Environment Southland's Pest Management proposal hearings on 18 and 19 February..

Miss Jarvis said the process to have their say was "overwhelming", and she believes the ban will go ahead regardless of residents' views.

Environment Southland representatives were not available to be interviewed, but the council sent an email that said residents were notified in a number of ways.

There was "informal consultation" in 2012 and 2016, all Omaui ratepayers and residents were sent a letter outlining the proposed new rules for cats in 2016, and the pest management proposal was advertised throughout the region with directions for making submissions, said director of operations Jonathan Streat.

The council did not accept an invitation to speak at a community meeting in Omaui because formal consultation had begun, so it would have been inappropriate, Mr Streat said.

The rule against owning domestic cats was to stop them being released into the wild and adding to the feral cat population, page 88 of the Pest Management plan stated.

Feral cats were described as the "ultimate predators" in New Zealand, killing birds, eggs, lizards, fish, frogs and insects, and in some cases had wiped out seabird populations, the plan said.

Omaui is an isolated settlement, west of Bluff, and the peninsula is largely covered with native bush.

Miss Jarvis said she bought her property five years ago and for the first two years mice were rife.

"It's an incredibly hard thing to imagine when you don't live right next to the bush - it doesn't matter how many mice you trap or poison, more come in. There are always more."

Her SPCA rescue cats, Bugs, Monster and Rascal, made a big difference, and it was a "huge relief" to not have mice ravaging her garden and leaving droppings and urine throughout the house, she said. She liked that they were a natural solution to the pest problem.

The proposed rules would require all cats in Omaui to be neutered and registered within six months, and would ban any new cats after that six month period.

Miss Jarvis said the council would rely on residents reporting people who broke the rules by owning cats, and owners could face fines.

While most people in the settlement do not own cats, Miss Jarvis said everyone benefited from the cats that were there.

The council needed residents' cooperation to make the plan work, and there was now a breakdown of trust because of their approach, she said.

"I'm all for responsible ecology, but conservation can only work when everyone's involved, and you have the participation of the community. And in order to do that you have to empower them to care, so they take responsibility and want it.

"Omaui as a community could have worked with them, but instead we had those options taken away from us.

"I do believe Environment Southland didn't expect any resistance."