More than 60 biosecurity field staff are working in Auckland after a Queensland fruit fly was found in the suburb of Devonport. 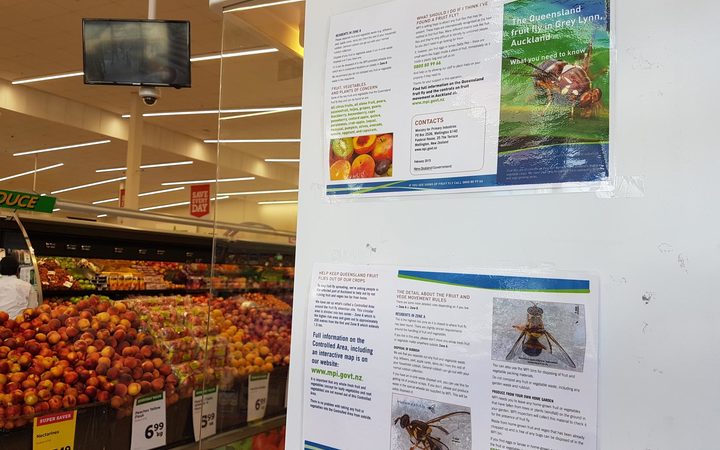 A single male fruit fly was caught in a surveillance trap on Thursday, sparking a large biosecurity response.

No further signs of fruit flies have been found.

Workers in Devonport have been talking to residents and visiting homes to check fruit trees, vegetable gardens, and compost bins that could provide suitable habitat for the fly.

The number of fruit fly traps in the area has been increased and legal controls are in place to restrict the movement of certain fruit and vegetables from the suburb.

People in Devonport are being asked to report any suspected sighting of the Queensland fruit fly, or the discovery of insect eggs or larvae inside fruit or vegetables.

If the Australian fruit fly establishes itself here, it could have serious consequences for the horticulture industry.

In 2015, a Queensland fruit fly outbreak in New Zealand cost the government more than $1 million per insect to eradicate, with a total of $15.7m spent on the process.

The fruit fly has been found six times before in northern New Zealand - in Whangārei and in Auckland.