A car has driven into a group of people, knocking one to the ground, before speeding off through a petrol station.

A video posted on social media shows the car hitting the man, who stood up and chased the car after it sped off, hitting a car that was stopped at the pumps.

Wheels can be heard screeching and scraping, and there are screams as the car drives away from the petrol station.

A car which appears to be the same one can then be seen stopped, stuck on the kerb, with a driver with blood on his face after the crash. 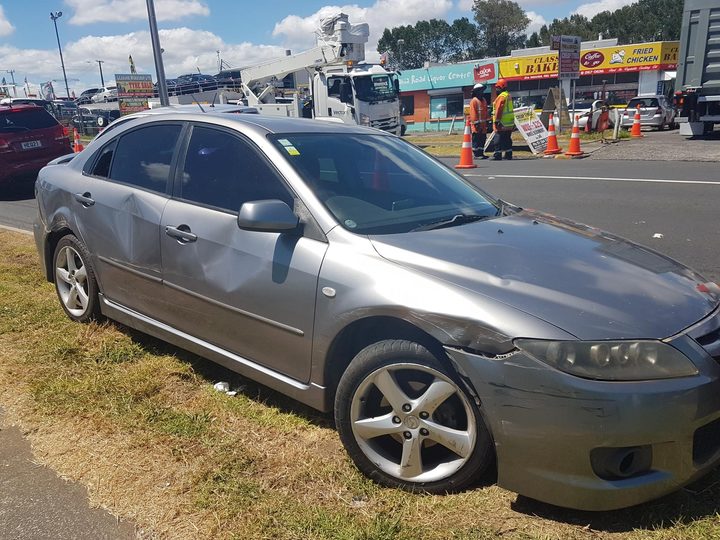 The car which crashed through a petrol station appears to have been abandoned nearby. Photo: RNZ / Joanna McKenzie

The driver is then seen being taken away by police.

A worker at the petrol station on Great South Road confirmed the crash happened there last night.

Police said a man had been taken into custody, and they were investigating the crash. 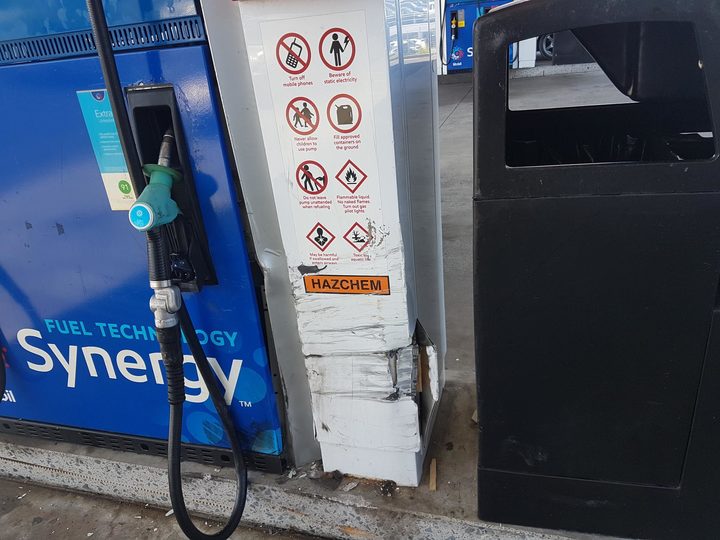 They said officers were called to a fight between a man and a group of people at a Mobil station on Great South Road in Manurewa shortly before 9pm.

They said after the fight, a man got into his vehicle and the vehicle hit a person, before crashing.

Mobil Oil New Zealand said in a statement that it was aware of the incident at its station on Monday evening and it was taking the matter very seriously.

The company said it was cooperating with the police investigation and strongly encouraged anyone with information about the incident to contact Police or crimestoppers.

Police will review CCTV cameras to build a fuller picture of the events leading up to the incident, they said, and asked witnesses or people with footage of the entire incident to contact Counties Manukau Station on 09 261 1300. 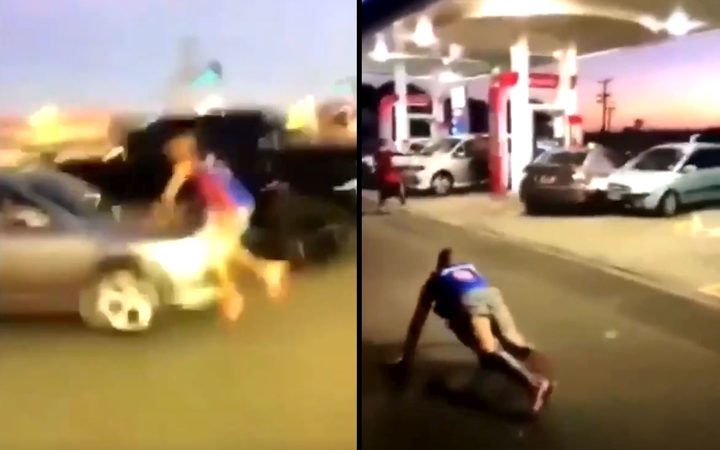