Life can slowly start returning to normal for the 2500 residents of Wakefield after their town was declared safe for now from nearby forest fires. 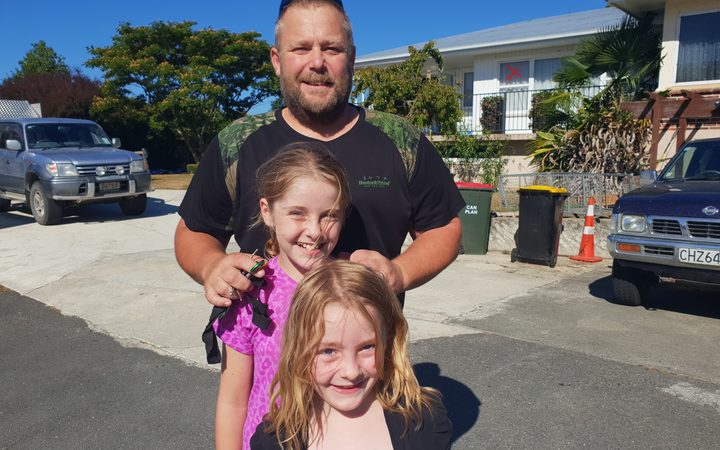 Ian Sutherland and daughters Sian and Rylee are among those who returned to their homes in Wakefield last night. Photo: RNZ / Conan Young

They were forced to leave on Friday after flames came within two kilometres of the town and have faced a nervous wait to see if they would ever get to see their homes again.

Steve Allen and his wife have been staying with friends for the past three days. 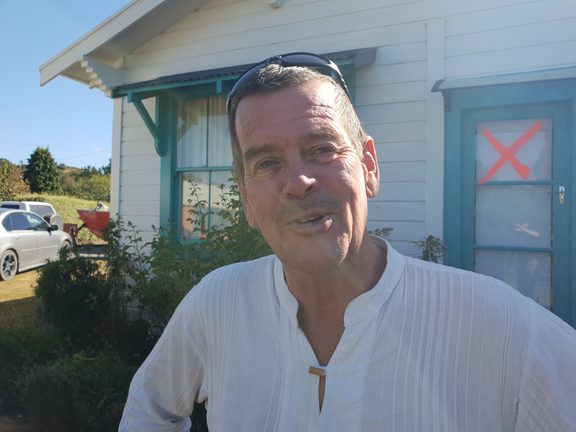 He said the experience of being uprooted and then having to wait to see if the fires on the edge of town advanced any further, had not been a pleasant one.

"I mean when you pack up all your worldly belongings ... but then have to leave your most important asset which is your house ... no, just so appreciative. Just ready for a nice glass of wine and [to] relax."

Ian Sutherland's first job was cleaning off the pink cross that was spray painted on everybody's windows as a sign they had been evacuated.

"It takes a bit of getting off as well. It's normal bloody dazzle that the [roading] contractors use ... but we'll get into it and do a bit of unpacking. We can't unpack everything just in case apparently." 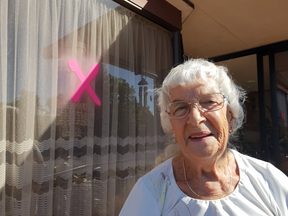 Janet Talbot was glad to be able to get out of town while the fires were so close. "Things were getting quite scary on Thursday... I went before I had to. decided it didn't look too good so I'd get out and at least I'd sleep at night."

Local Four Square owner Phil Bell got a tip-off Wakefield could reopen and managed to get back into his business early in the morning to begin the job of throwing out all of the produce that had gone off since he was forced to close his doors. 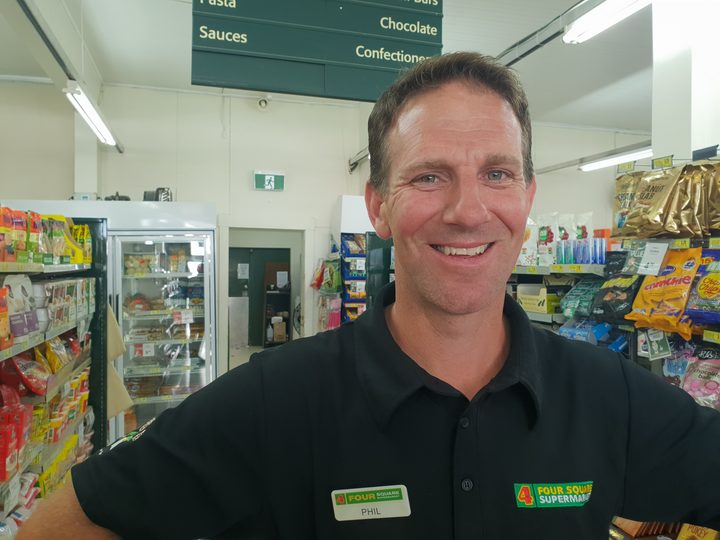 Since reopening the most in demand items had been beer and wine followed by milk and bread.

"It'll be great to see them all coming back in again and seeing their faces ... once the school opens up again, it will be good to get a bit of normality back but hey the fire's still just over the hill and we've got to be mindful of that as well. That could change any time if the wind comes up."

Last night was just for residents wanting to return with visitors allowed into town from this morning. Everybody had been asked to listen out for the siren at the local fire station which would sound continuously if it was time to evacuate again.