Winds with the potential to flare up the huge forest fire near Nelson are expected to increase over the weekend, and despite a humidity increase there's little sign of rain on the tinder-dry hills in the coming weeks, Niwa says. 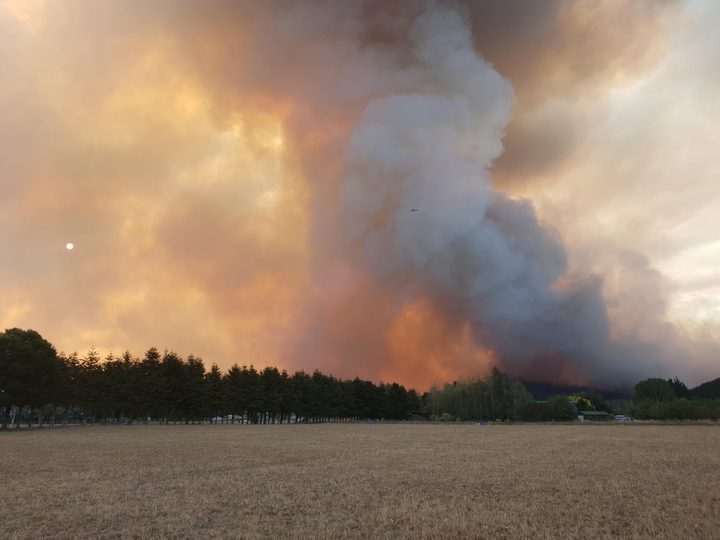 Weather conditions were favourable for fighting the fire overnight, but Civil Defence says schools are closed in Wakefield today as a precaution.

Low rainfall, high sunshine hours, a heatwave and widespread dryness has been described as perfect conditions for the blaze which began three days ago

It was the country's third-warmest January on record with temperatures above average for the month in every region except Westland and western Southland.

Many locations had record or near-record averages, average maximums or average minimums during the month, and rainfall was in particular "well below normal" in Nelson, Marlborough Tasman and parts of Canterbury.

Part of that heat was linked to the heatwave in late January which broke temperature records in several areas, led to a fire ban in Tasman and an unprecedented increase in ocean temperatures around the South Island.

Richmond and Appleby, both close to the area where the fire is now burning, observed 355 sunshine hours which is a record for the sunniest month ever recorded in the South Island.

While the heat is set to continue over the weekend, Niwa forecaster Chris Brandolino told Morning Report the winds which fanned the fire on Tuesday - and were threatening to again today - are likely to remain fairly calm at least until midday.

"The wind is forecast to be on the light side generally speaking, they will increase a bit during the afternoon hours around midday - what will be driving the weather will be the sea breeze circulation," he said.

"During the day, early morning winds will be light out of the southeast to southwest, less than 10km/h or thereabouts - then around later morning, midday we'll see a sea breeze kick in and that'll mean winds from the north or northeast and they'll increase - probably about 15km/s - and that'll get a bit gusty."

He said the weekend was likely to bring higher winds however.

Read more of RNZ's coverage of the Nelson fires:

"Potentially increasing a bit Saturday and especially on Sunday as a weather system approaches from the west and south.

"That'll be something we'll have to keep our eyes on." 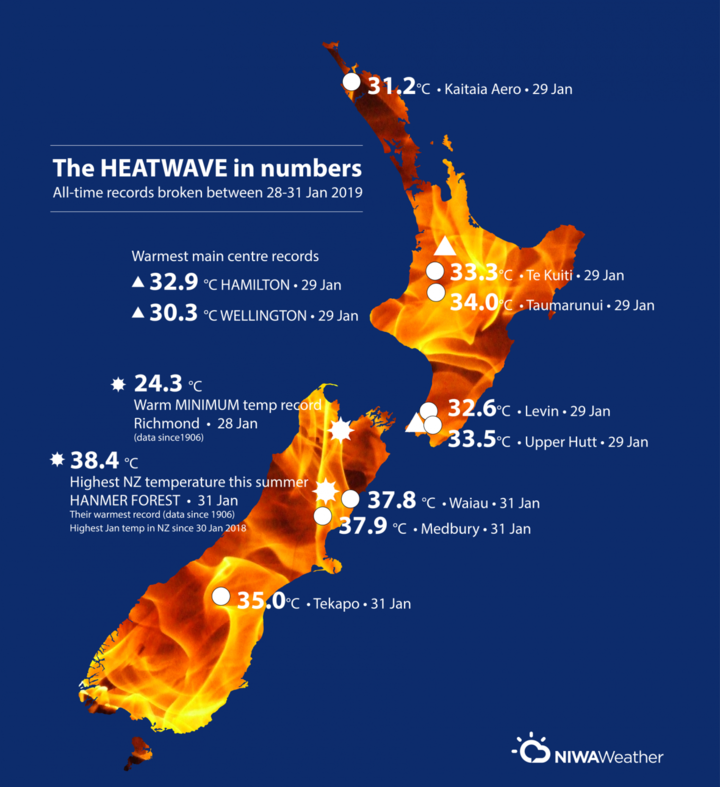 He also said there could also be the chance of drizzle - but no decent doses of rain.

"It looks like there may be a little bit of light rain or drizzle tomorrow morning and maybe again tomorrow afternoon but they're negligible amounts - I would say less than 2mm if any.

"But perhaps the higher humidity will help. Humidity levels tomorrow will likely be ... north of 70 percent much of the morning hours, into the midday hour so that's a good thing - maybe higher than 80 percent."

In fact, no significant rain is forecast in the Tasman district in the next few weeks, and the local council says river and ground water levels are continuing to drop following the prolonged heat of the last month.

"The vegetation's quite dry as you can imagine, we had very dry conditions there going back to November and of course it's been very dry in December and January," Mr Brandolino said.

A regional co-ordinator for the Rural Support Trust, Barbara Stuart, said farmers in the area should prepare for the worst.

"It's tinder dry out there on the hills and the rural support trust is very concerned for the farmers in the region.

"For our horticulture sector they're going to have to be making good decisions about what they irrigate and what they let go."

Meanwhile, MetService was predicting a few showers in the east of the North Island, otherwise a mainly fine and sunny day.

Tomorrow in the North Island, mainly fine for most, but showers in Northland and Gisborne while rain is expected in the west of the South Island. High cloud south of Otago and fine elsewhere. Severe gale northwesterly in exposed places of Canterbury High Country and Southern Lakes.