The prime minister's four-day stretch in the North has come to an end but there's still a large crowd at Waitangi making the most of Ngāpuhi's hospitality. 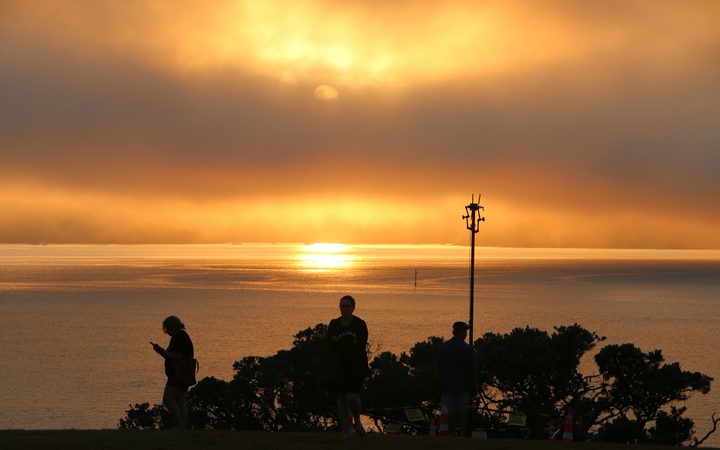 A barbecue breakfast ended the formalities for the day, which more than 1000 people attended in the Bay of Islands this morning.

Earlier, a large crowd gathered on the marae at Waitangi for a dawn service marking the 179th anniversary of the signing of the treaty.

A church service was held in the Wharenui and a number of dignitaries, including the Prime Minister Jacinda Ardern, the Chief Justice and representatives of the Navy and Fire Service addressed the crowd with readings and psalms.

Anglican Archbishop Philip Richardson prayed for an enduring respectful and honest partnership between Māori and Pākehā.

Ms Ardern offered a prayer for Aoteraoa New Zealand and for the poor and those on the margins of society. 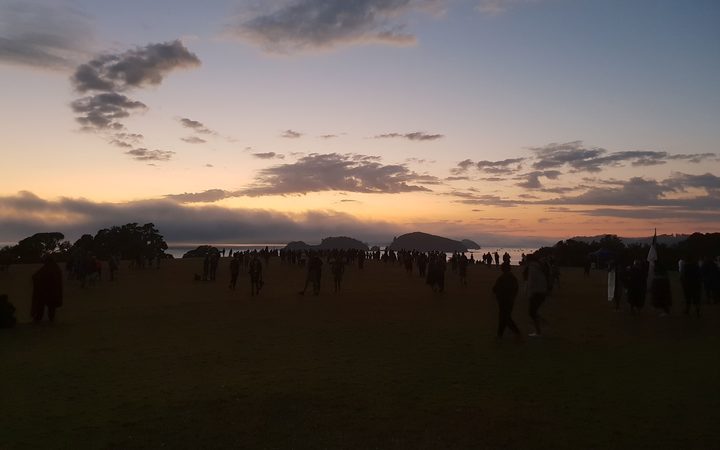 Ngāpuhi leader Sonny Tau also spoke and suggested politicians go away and practise their understanding of the three articles of the Treaty, after a few got caught out by a media pop quiz.

The number in attendance this morning was down on last year, which could be to do with it being the second time Jacinda Ardern has visited.

Shortly after the dawn service, Ms Ardern grabbed an apron and tongs to help with the barbecue. 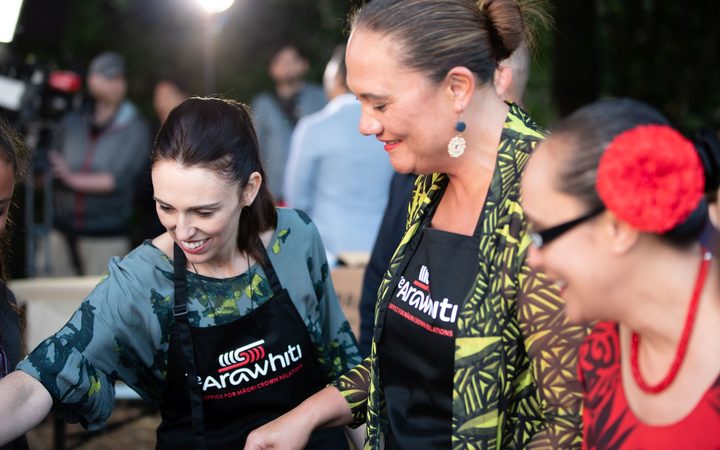 This year, Mr Tamaki was invited to speak at a worship forum on the marae.

Earlier in the day hundreds of his church supporters gathered at the Waitangi Treaty Grounds.

In his speech Mr Tamaki criticised government officials for not attending Waitangi services at Te Tii Marae this morning.

At this year's Waitangi events he's called for the government to create an indigenous justice system to help reduce prison rates for Māori.

Down at Te Tii beach more than a dozen waka paddled in and showcased their skills in front of a huge crowd.

The crowds are now enjoying live music, stalls and various other activities that will carry on for the rest of the afternoon up here.

Everyone has a part to play

Jacinda Ardern said while the government should be held to account for what it's doing for Māori, all New Zealanders had a part to play in making a better society.

In an interview with RNZ at Waitangi this morning, Ms Ardern said the high rate of Māori imprisonment, unemployment and housing were all major focuses for the government.

Jacinda Ardern said there was a sense of optimism at Waitangi, which was often very different to how it was portrayed. 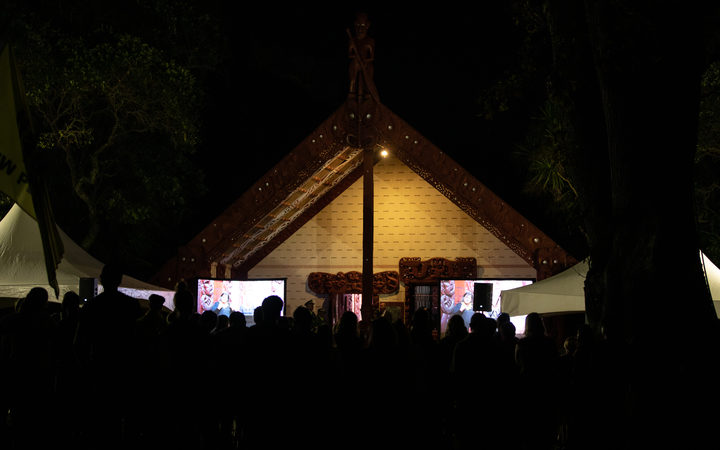 One of the country's biggest Waitangi celebrations, Waitangi Day Festival in Porirua, is in full swing with waka, waiata and kai down at the waterfront.

The festival is put on in conjunction with the local iwi Ngati Toa.

People will get the chance to see Māori carving in action, have a go at paddling a waka or making a taniwha puppet.

The Porirua Mayor Mike Tana said that the waterfront festival was about recognising the important of the moana.

There will be live performances from Aaradhna, Alien Weaponry and Robert Ruha.

The event was organised by Māori tourism operator Ko Tāne, with support of the Christchurch City Council and Ministry of Māori Development.

Ko Tāne Director David Brennan said significant effort had gone into acknowledging Christchurch's bi-cultural heritage through the rebuild and it was the right time to celebrate that.

Traditional commemorations will still be held at Ōnuku Marae in Akaroa, with a pōwhiri and citizenship ceremony, with Governor General Dame Patsy Reddy to give a Waitangi Day speech.