The SPCA is investigating a shocking case of cruelty against a cat that was stolen from his family and thrown off a cliff in Christchurch. 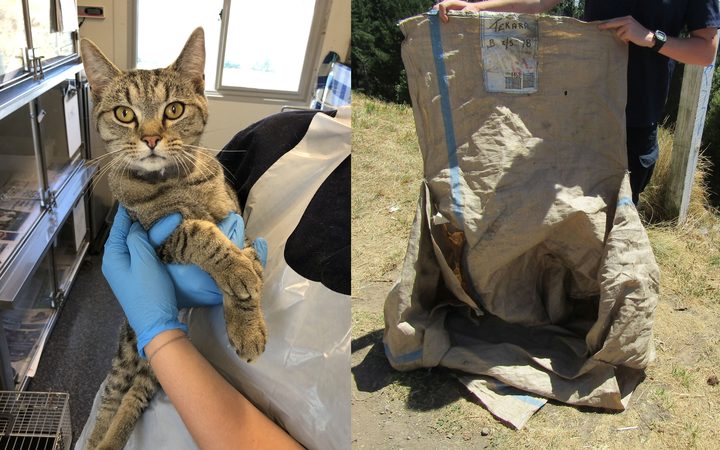 Thomas after his ordeal and the sack that he was found in. Photo: Supplied

Thomas was found tied in a wool sack by a group of trampers in the Port Hills yesterday morning.

The SPCA said Thomas was most likely stolen from his family home, before he was tied in a sack and thrown off a cliff, into the bush in the Port Hills.

He was found by a group of trampers who heard loud meowing coming from the sack.

The SPCA said Thomas was extremely sore, but otherwise unharmed.

Thomas has now been returned to his family who are distraught someone could have treated their pet in such a cruel way.

The SPCA said anyone with information about this incident should come forward.