Don Brash's speech at Te Tii marae has gone ahead, but not without disruption. 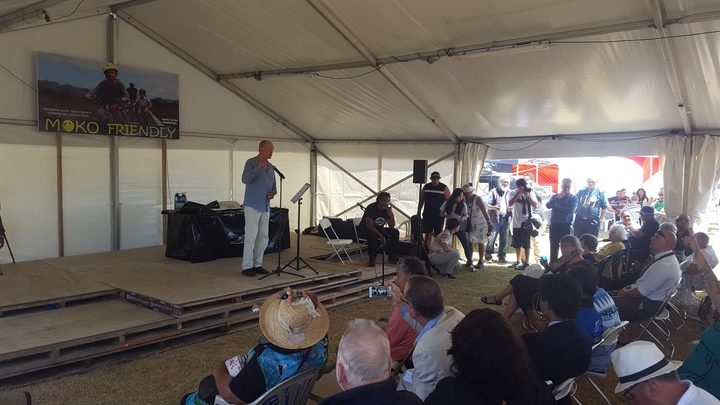 A small but vocal group of opponents, led by Dame Whina Cooper's daughter, arrived with a No Room For Racism banner.

The former National leader continued after Rueben Taipari - who mediated the forum tried to calm the protesters - who said they felt offended by Dr Brash's views.

His comments questioning the value of te reo Māori got the biggest reaction.

Mr Brash said even though his speech was met with opposition - it would not stop him from returning.

He said he heard a lot of anger today.

"In some cases that's an economic situation, in some cases they feel ignored or overlooked by the system. I heard that and respect their anger." 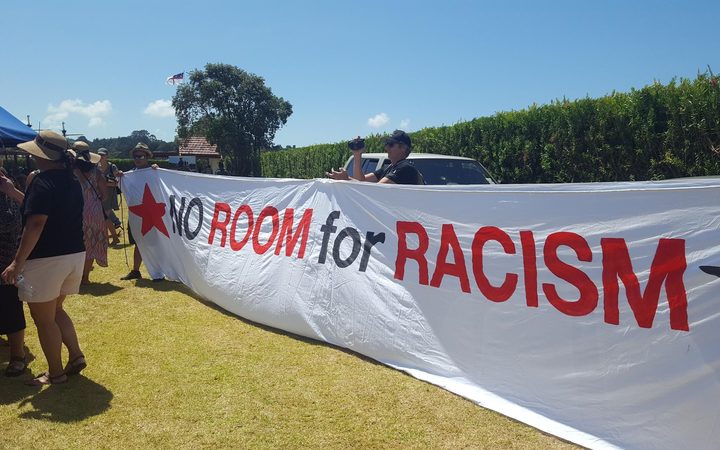 There were pockets of protest as Don Brash delivered his speech at Waitangi. Photo: RNZ / Shannon Haunui-Thompson

Earlier, Dr Brash said he had some reservations about returning to Waitangi, given mud was slung at him at a previous attendance.

But Dr Brash - who is also a spokesperson for Hobson's Pledge, which opposes what it views as "Māori favouritism" - promised he would open his ears as much as his mouth.

"Clearly I come with views, no question. I'm keen to hear the views that other people express. Will they change my views? Let's see what they say."

Dr Brash also said he was open to making New Zealand history compulsory in schools but he was worried it would be taught in a biased way and teachers would ignore pre-1840 history.

The History Teachers' Association has launched a petition calling for every student to learn New Zealand history as a compulsory subject.

Dr Brash said his worry was that it could ignore the things done by Māori tribes to other tribes and instead focus on colonisation.

"More people were killed pre-1840 in inter-tribal warfare than were killed post-1840 in wars between the Queen's forces and tribes." 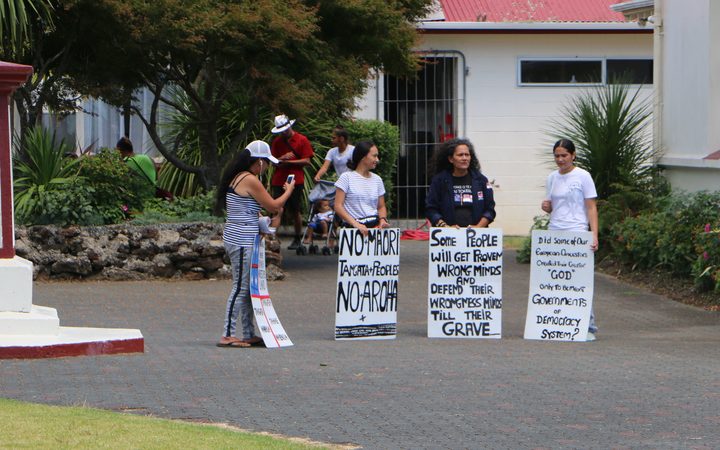 There was a small quiet element of protest as Don Brash returned to Waitangi. Photo: RNZ / Eden More