Former National Party leader Don Brash says he's delighted to speak at Waitangi for the first time since mud was slung in his face 15 years ago, and will speak about the economy "and I'm going to listen".

Dr Brash fronts the group Hobson's Pledge which opposes what it terms Māori favouritism. He said he was surprised when Ngāpuhi asked him to give a speech at the lower marae Tuesday.

His last Waitangi speech in 2004 ended with a protester hurling mud at him.

Don Brash told Morning Report he was delighted to be invited back.

"Unexpectedly I had a contact through [Facebook] messenger from Reuben Taipari, I'd never heard his name before, didn't know whether he had the authority to invite me to Waitangi."

The pair later spoke and Mr Brash said was asked to talk about economics and the prospects for Ngāpuhi and Māori in Northland. 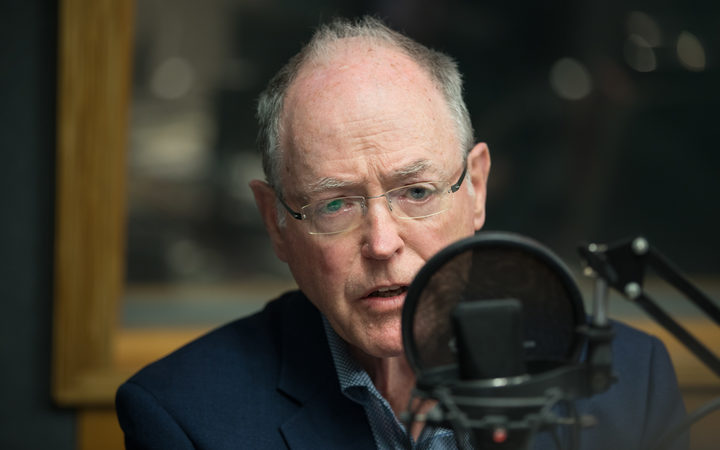 He said he wouldn't be speaking on behalf of Hobson's Pledge.

"One of the points I'm going to make is Māori prosperity will not be guaranteed by Treaty settlements.

"It's a point which I actually owe to Rob McLeod, who is a Ngāti Porou leader, that even if we take all the investments and Treaty settlements over the last 20 something years and invest that at a 5 percent, it makes minimal difference to the annual incomes of ordinary Māori."

While he said he had never opposed Treaty settlements, they "aren't the recipe to make ordinary Māori prosperous".

"Too many ordinary Māori assume that once they get a Treaty settlement, everything will be rosy."

The government announced yesterday that it would provide access to funds for Māori landowners who are struggling to get loans from commercial banks.

Mr Brash agreed with National Party leader Simon Bridges that what was needed was reform of the Resource Management Act.

"The fundamental reasons why Māori can't access ordinary bank capital is the nature of the law around Māori land. That's been a problem for decades.

'Why do we need separate Māori electorates?

He said he warned about separatism in politics 15 years ago.

"Why do some New Zealanders - those who chance to have a Māori ancestor - have two political rights, one to vote as an ordinary citizen and to appoint a full voting member of the council ... that's pernicious," Dr Brash said.

He Brash said he wanted a system which was "colourblind".

"Simon Bridges himself is Māori. A quarter of our MPs are Māori, in what sense do we need special political privileges? Why do we need separate Māori electorates? They were justified in 1867, they're not justified now."

However, Dr Brash said he wouldn't be talking his political views in tomorrow's speech.

Minister for Regional Economic Development Shane Jones said Dr Brash was using Waitangi as an opportunity to spark controversy, and he needed to "choose his words carefully".

Mr Taipari, who previously participated in protests to protect ingenious rights, said working together was the way forward.

Dr Brash's speech at Waitangi will be followed by a panel discussing his views, Mr Taipari said.